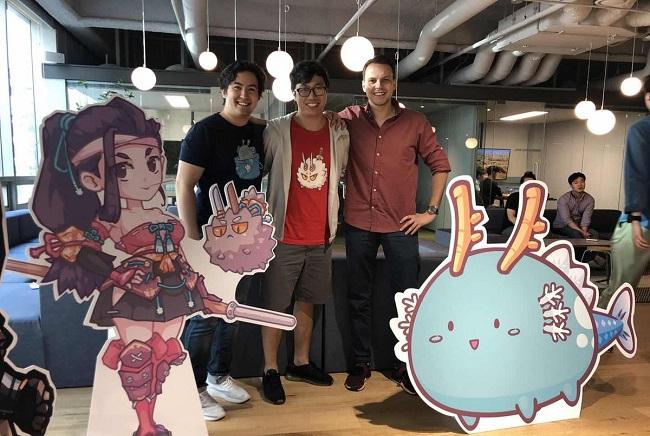 According to a press release, Animoca Brands entered into a subscription agreement with Sky Mavis to acquire $420,000 worth of ordinary shares in the latter for cash and shares in the company. The round also saw participation from Hashed, Pangea Blockchain Fund, ConsenSys, and 500 Startups.

Sky Mavis intends to use the fresh funding to accelerate the development of Axie Infinity to include more features. It said that it will also build the technology needed to create practical blockchain-based applications for users in the real world.

As per a blog post, Sky Mavis’ top priority right now is launching a mobile application in the first half of 2020. The app, it said, will introduce “play to earn” to a new wave of blockchain users through beautiful, competitive, and immersive gameplay.

“We now have the resources to take the Axie vision to people in the real world. We’re fully focused and locked in on the mobile app launch right now — we can’t wait to show it to everyone,” said Trung Nguyen, CEO and Co-Founder of Sky Mavis.

Axie Infinity is a digital collectible pet game built on the ethereum blockchain. In the game, players can battle, raise evolve, and trade fantasy creatures called “Axies,” which are basically visual representations of non-fungible tokens (NFTs) owned by the players. Each Axie is unique with a distinct look and attributes, which cannot be replicated.

The game was launched last year and is now counted among the highest-grossing blockchain games with over $1.1 million NFT sales.

Axie Infinity has partnered with Samsung, Kakao’s blockchain platform Klaytn, MakerDAO, and Loom Network. Sky Mavis is planning to launch a new card game set in the Axie Infinity universe in the first half of 2020.