AMD appears to be following Nvidia's lead and introduce a repurposed graphics card to make it better suited for crypto mining. 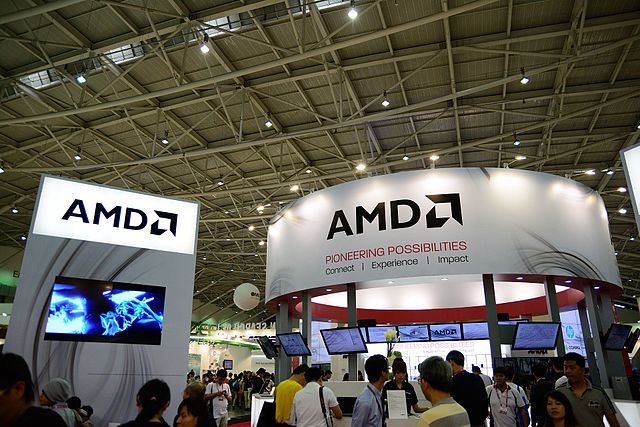 The boom in crypto mining activities during the 2017 market rally created a graphic processing unit (GPU) shortage as cryptocurrency miners competed with gamers to get their hands on available stocks. Now that mining is lucrative once more as Bitcoin (BTC) and Ether (ETH) prices recently surged to new highs, chipmakers are scrambling to meet the anticipated rise in GPU demand by coming up with products specifically tailored for crypto mining.

For instance, AMD could be on the verge of introducing a GPU repurposed for cryptocurrency mining, PCGamer reported. A new version of the Navi 12 GPU, which was first introduced exclusively for Apple Macbook Pro devices, is reportedly in the works that is repurposed to make it ideal for mining crypto such as Ether (ETH).

While AMD has not officially announced a crypto mining-specific processor, the new Navi 12 GPU does not support VCN (Video Core Next), according to Bitcoin.com. Since VCN support is the usual requirement for PC gaming, its lack suggests that the card is not targeted at gamers.

This makes the graphics card better suited for crypto mining. Should speculations prove to be correct, the repurposed GPU would become AMD’s first mining-specific GPU. The new card is expected to have Ether (ETH) mining capabilities.

The move will also address complaints of a GPU shortage from the gaming community. By tweaking the Navi 12 GPU, AMD appears to be trying to keep gaming GPUs in the hands of gamers instead of being used for crypto mining.

It is not surprising for AMD to tweak an existing GPU to make it better suited for crypto mining. In fact, Nvidia is ahead of the game by coming up with a new series of semiconductors specifically designed for mining Ether. “To address the specific needs of Ethereum mining, we’re announcing the NVIDIA CMP, or, Cryptocurrency Mining Processor, product line for professional mining,” Nvidia said in a blog post.

“CMP products — which don’t do graphics — are sold through authorized partners and optimized for the best mining performance and efficiency,” Nvidia VP of global GeForce marketing Matt Wuebbling explained. “They don’t meet the specifications required of a GeForce GPU and, thus, don’t impact the availability of GeForce GPUs to gamers.”