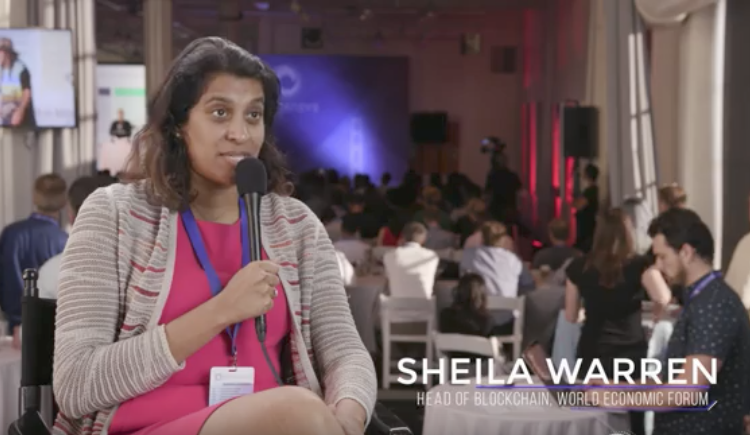 Warren who was a lawyer on Wall Street before joining WEF recalled that in 2018, the conversation at WEF’s annual event in Davos, Switzerland, was about Bitcoin (BTC) and blockchain technology and how to catapult them into space. Two years later, the hype about blockchain was gone, Cointelegraph reported.

“The best thing to happen in this space was the collapse of the hype. We finally have regulations around initial coin offerings and don’t have a rush to get money as funding,” said Warren.

She discussed how blockchain technology has been used to better understand school meals. She also added that the level of transparency it brings gives it broader accountability.

Warren acknowledged that there is a “tremendous explosion in public awareness of what’s happening with institutions and how they will use blockchain.” However, for her, blockchain isn’t here yet because it lacks three things.

First, she insisted that it needs a digital identity.

“Once we have real traction on a digital identity later, then we will see blockchain unlocked. Until then, we are limited in what we can do,” Warren said.

Third, she admitted that the return on investment (ROI) in the blockchain is still questionable. Warren co-authored a paper with Accenture in 2019 on the best business cases using blockchain technology that delivers good profit. The paper has helped the business community to better understand blockchain’s potential in bringing solutions to certain problems.

“I remain deeply optimistic about this technology and I think all of you should as well,” Warren said to conclude her keynote.

Meanwhile, Hyperledger Executive Director Brian Behlendorf also spoke at the forum and shared how blockchain can contribute to meet the goals of the Paris Agreement. He explained that the technology’s traceability can be used for climate change by tracking how batteries are built and how emission rates are going. In this way, companies will be motivated to reduce their emissions.