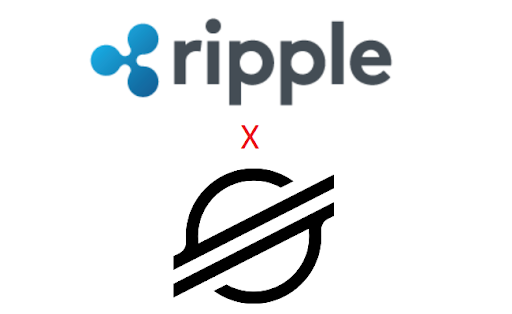 Ripple offers frictionless experience to send money globally and its token XRP is currenty ranked third with a market cap of around $14 billion. Stellar is an open source, decentralized platform which allows cross-border transactions between any pair of currencies. Stellar Lumens (XLM) holds ninth position with a market cap of $2.2 billion.

Ripple connects banks and payments providers via RippleNet to provide one frictionless experience for sending and receiving money. It is a real-time gross settlement system (RTGS) currency exchange and remittance network. It makes it easy to connect and transact across its robust network of 100+ banks and payment providers worldwide.

XRP is a token used for representing the transfer of value across the Ripple network and is a mediator for both cryptocurrencies and fiat-exchanges. As a digital asset, XRP is a useful trading instrument to reduce spreads and expedite market thickness.

The current global payments infrastructure moves money from one payment system to another through a series of internal books transfers across financial institutions. Cross-border payments often require banks, payment providers and others to hold a pre-funded account in destination currencies, known as Nostro account.

RippleNet customers looking to eliminate the need for Nostro accounts can use digital assets like XRP to source on-demand liquidity.

Ripple does not have a blockchain like Bitcoin and Ethereum. It uses Ripple Protocol Consensus Algorithm (RPCA) for validating transactions. Ripple Protocol components include:

The Ripple network has two types of nodes: validator nodes and tracking nodes. Validator nodes collect transactions and send proposals out to their fellow validators in their UNL.

Transactions fail to reach consensus when the percentage of peers recognizing the transaction falls below a threshold. After the voting process gets started, it should get approved by more than 50% of the nodes in the first round and then proceed for higher approvals. The transactions are written into ledger once 80% of nodes approve the transactions.

xCurrent: It is Ripple’s corporate solution for banks and financial institutions to settle cross-border payments instantly with end-to-end tracking. All members of RippleNet are connected through Ripple’s standardized technology, xCurrent. It is built around Interledger Protocol (ILP), an open, neutral protocol that enables interoperation between different ledgers and payments network. The four major components of xCurrent are

xRapid: xRapid is for payment providers and financial institutions who want to minimize liquidity costs while improving their customer experience. It enables companies to use Ripple’s XRP token as a “bridge” to facilitate cross-border payments using Ripple’s system. 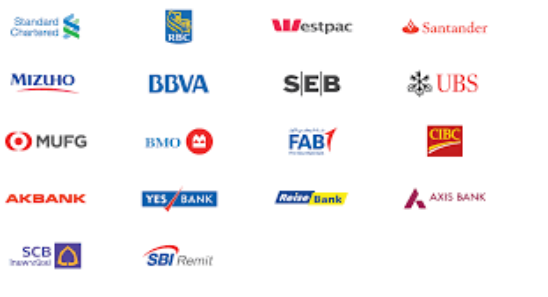 Ripple will be partnering with IT major TCS to take international remittance services to a higher level. The IT giant’s Quartz blockchain will now work with RippleNet.

India’s Federal bank has entered partnership with Ripple as a part of its efforts to upgrade remittance solutions. It has more than 15% market share in remittances.

Stellar is a platform that connects banks, payment systems and people reliably with no cost. Its main idea is to provide fast and cheap international money transfer for everyday people. Stellar uses distributed ledger protocol to process transaction similar to Ripple. Stellar was born from Ripple protocol. Jed McCaleb, the founder of Stellar, is the co-founder of Ripple.

Stellar is a network of decentralized servers spread across several locations with distributed ledger. The ledger records every transaction in the system for people and companies alike. The Stellar network can purportedly exchange government-based currencies with 2 to 5 second processing times.

One of the major features of the Stellar network is “Anchors” which acts as a bridge between existing currencies and the Stellar network. They are the entities that hold deposits and issue credits to the participants for those deposits. All transactions happen in Stellar in the form of the credit issued by anchors. Most anchors are organizations like banks, savings institutions, farmers’ co-ops, and remittance companies.

Stellar is the payment network (Horizon API and Stellar core) and lumens is cryptocurrency.

All interactions with the Stellar network can be done only through Horizon, a RESTful HTTP API server. Horizon is an Application Programme Interface (API) server for the Stellar ecosystem. It acts as the interface between Stellar core and applications that want to access the Stellar network. It allows developers to submit transactions, check accounts balance, and subscribe to events.

The Stellar Core is the backbone of the Stellar network which connects every Horizon server. It maintains a local copy of the ledger, communicating and staying in sync with other instances of stellar-core of the network. It can store historical records and also does the work of validating and reaching consensus of transactions.

Stellar Consensus Protocol (SCP): It provides a way to reach consensus without relying on a closed system to accurately record financial transactions. SCP is evolution of Federated Byzantine Agreement (FBA) – a traditional process of reaching consensus.

SCP is a model for consensus using nodes, quorum slices and quorum. SCP is different form POW and POS and their main focus is to offer low latency for faster transactions.

A Byzantine Agreement is reached when a certain number of nodes, known as quorum, agrees that the solution presented is correct, thereby validating a block. Ripple was the first to use FBA and Stellar refined this approach even further using the safe FBA protocol.

Stellar network is a worldwide collection of Stellar cores which agree on sets of transactions. Each transaction costs a small fee of 100 stroops (0.00001 XLM). 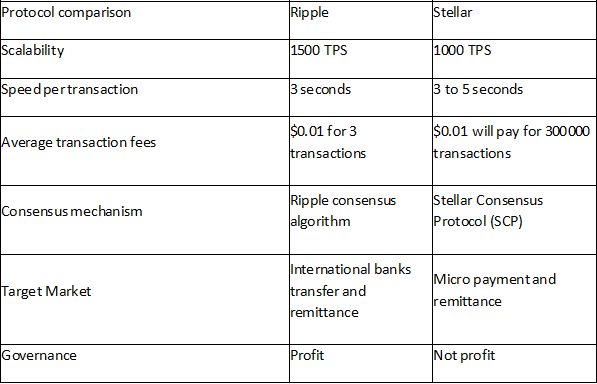 Ripple and Stellar a have lot of similarities such as distributed ledger technology and private nodes which doesn't allow mining. They provide free, instant transactions and both facilitate international payments.

The major difference between these two is the target audience. Ripple major partners are banks and multinational corporations with huge profit potential but Stellar is a not-for-profit organization which targets individual and to help the unbanked. Both use different consensus mechanism, with Stellar Consensus Protocol for Stellar and Proof of Correctness (POC) for Ripple.

So, it could be said that Ripple and Stellar are not direct competitors and target different markets. Both have good potential in the long run and it is good to invest in both for long-term benefits.