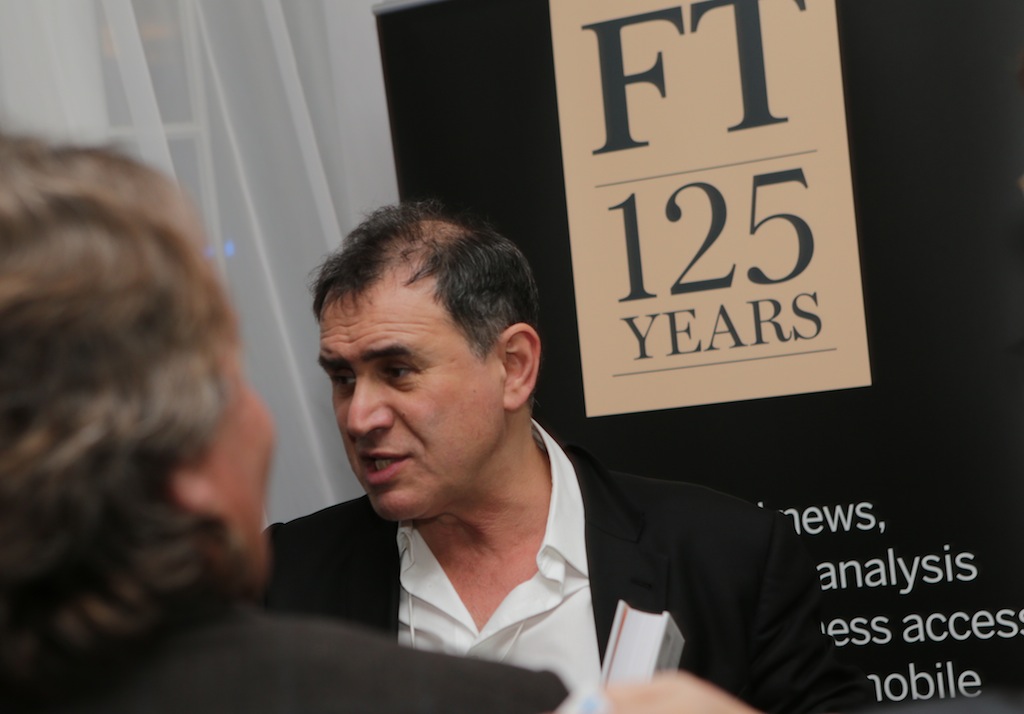 Well-known American economist and blockchain critic Nouriel Roubini has called out BitMEX co-founder and CEO Arthur Hayes to release the footage of a debate in which the professor claimed that he “destroyed” him.

This particular verbal exchange occurred during the recent Asia Blockchain Summit and it was actually called the “Tangle in Taipei” due to how heated it was. Unfortunately for Roubini, the debate was not streamed live, the audience members were not allowed to record the event, and Hayes has exclusive rights to the footage.

“Another CryptoHayes scam: he didn't allow the blockchain conference to record our debate or beam it live. He controls the only recording of it and will only release heavily edited "highlights". I destroyed CryptoHayes in the debate and he is hiding. RELEASE THE TAPE YOU COWARD!” the post reads.

Another @CryptoHayes scam: he didnt allow the blockchain conference to record our debate or beam it live. He controls the only recording of it and will only release heavily edited "highlights". I destroyed @CryptoHayes in the debate and he is hiding. RELEASE THE TAPE YOU COWARD! https://t.co/khNEDM60uN

The BitMEX CEO had already said that he plans to release the footage but at a later date, Bloomberg reports. This is clearly not enough for Roubini and has been quite vocal in his calls for the debate to be provided to the public posthaste.

During the exchange, Roubini pointed out several scandals, security issues, and technological problems that he argues make his case against cryptocurrency worth noting.

In an email to Markets Insider, Roubin detailed his side of the story, saying:

"The guy is a total idiot who does not know how to debate; he was pathetic, rehashing old, stale arguments that made no sense. It was embarrassing to watch him speak. He is a total arrogant jerk.

"Everyone who watched the debate there — even crypto zealots — told me and told others that I was the clear winner.”

He went on to accuse BitMEX of being a “total scam” that not only ignores regulatory requirements, but also engages in “insider trading, front-running, using blackouts to prevent clients from trading, charging excessive fees, taking advantage of unaccredited investors by offering them excessive leverage on crypto derivatives, and turning a blind eye to US customers illegally trading on its platform through the use of virtual private networks.”

For his part, Hayes told Markets Insider that Roubini tried to focus the debate on BitMEX's business practices due to a lack of "analytical rigor behind his criticisms of Bitcoin." He emphasized:

“BitMEX provides safe, fast, and liquid ways for those who see the potential of crypto to trade and hedge cryptocurrency vs. fiat risk."

"My debate with Nouriel Roubini was a valuable reminder that there are still detractors and deniers about the power of cryptocurrencies, despite what is clearly in front of them — a new revolution in finance and the way that we can access wealth and monetary value," Hayes said.

"My opponent might remain unconvinced, but deep down he knows we're changing the world and revolutionizing an economy in dire need of innovation."

I am a cryptocurrency trader and i make over 200% daily, If you are interested,i can teach you how to trade and also help you achieve your goal in life with crypto i can turn
$4500 into $35000 in less then four weeks,now that bitcoin has low prices...please note that cryptocurrency trading is bitcoin unlike binary and Forex,bitcoin is traded for altcoins also you can reach to me if you are new to bitcoin and to give you more info and guideline on how to invest smartly, this is opportunity life time knocking on your door inbox me for more info....contact me on whatsapp :+12067425358 happy new year to you all ..........................