Senator Sherrod Brown, who is also the chairman of the Senate Committee on Banking, Housing, and Urban Affairs, wrote that it is imperative for app stores to have safeguards to prevent “fraudulent mobile application activity.” 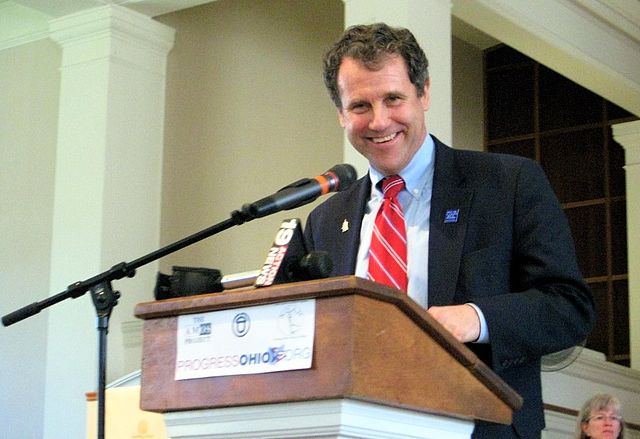 A U.S. Senator has sent letters to the chief executive officers of Apple and Google demanding to know what measures the companies have against fake crypto apps. The inquiry came after the Federal Bureau of Investigation released a report stating that American investors lost more than $40 million due to fake apps downloaded from the app stores of both firms.

Senator Sherrod Brown sent letters to Alphabet and Google CEO Sundar Pichai and Apple CEO Tim Cook asking about their measure against fake crypto apps. Brown, who is also the chairman of the Senate Committee on Banking, Housing, and Urban Affairs, wrote that it is imperative for app stores to have safeguards to prevent “fraudulent mobile application activity.”

“Millions of Americans use mobile apps to invest in unregulated digital assets, including cryptocurrencies,” Senator Brown said. “Crypto mobile apps are available to the public through app stores.”

The lawmaker expressed concern over the discovery of fake crypto apps on app stores that managed to defraud tens of millions of dollars from American consumers. “While crypto apps have offered investors easy and convenient ways to trade cryptocurrency, reports have emerged of fake crypto apps that have scammed hundreds of investors,” he added.

The senator was likely referring to the warning issued by the FBI early this month. According to the agency, 244 became victims of schemes that involved fake crypto apps.

“Cyber criminals are creating fraudulent cryptocurrency investment apps to exploit legitimate cryptocurrency investments, defrauding US investors and causing reputational harm to US investment firms…” the FBI wrote. “The FBI has observed cyber criminals using the names, logos, and other identifying information of legitimate USBUSs, including creating fake websites with this information, as part of their ruse to gain investors.”

In his letter, Senator Brown asked a series of questions to the executives. These include their app stores’ review process, the criteria of whether or not to approve an app, safeguards in place to prevent an app from being used in a phishing scam, and the processes for reporting a fake app. He explained that the purpose of the questions is “to better understand the measures your company is taking to prevent fraudulent activity in your app store.”