U.K. banks will need to adapt to CBDC but a digital pound won’t likely arrive before 2025

British lenders still have a lot of time to make adjustments as a digital pound isn’t likely to arrive within three years. 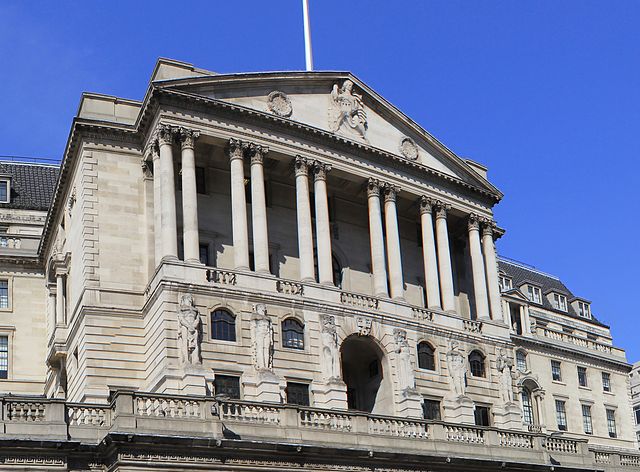 While the introduction of a central bank digital currency in the U.K., dubbed the Britcoin, could result in the decrease of central bank deposits, the Bank of England said that it would just be another innovation banks need to deal with. The good news for British lenders is that they still have a lot of time to adjust to the new technology as a digital pound isn’t likely to arrive within three years.

Around 20 percent of commercial banking deposits could shift to “Britcoin” once it arrives. This was the estimate given by the Bank of England as central bankers were addressing a House of Lords committee on central bank digital currencies, according to Business Insider.

“Banks would need to adapt,” Bank of England deputy governor for financial stability Sir Jon Cunliffe said. “They would lose a revenue stream from payments.”

“We're seeing a rapid growth of the crypto asset world,” Bank of England Governor Andrew Bailey said. “Issuing a central bank digital currency is a sledgehammer to crack… a nut that has refused to be cracked for a long time.”

He also expressed confidence in U.K.’s financial institutions in adapting to the new technology. “It’s not as if we’re talking about a banking model that’s been there [since] time immemorial,” Cunliffe said. “Banks have adjusted to changing circumstances before, and if they’re healthy and competitive, then one would expect them to adjust in the future.”

The good news is that there is still plenty of time for banks to adapt to the changing financial landscape. The Bank of England will begin consulting on plans for launching a Britcoin in 2022 but said that no such CBDC will arrive before 2025, according to Sky News.

The UK's central bank has said it will begin consulting on plans for launching a "Britcoin" next year - but has cautioned that no such central digital currency will arrive before 2025.

“This consultation will begin an open discussion on the role a UK central bank digital currency might play in the UK,” economic secretary to the Treasury John Glen said. “I’d encourage everyone to contribute to the discussion, so we can explore the opportunities this could bring, as well as understanding any risks it may pose.”

Hello guys, I just want to share my joyful experience about HACK VANISH CREDIT SPECIALIST. Before the coronavirus pandemic, I had criminal Judgments, few evictions, and late payment which negatively impacted my credit score down to 487 and left me in difficult financial situation, as a single mum of 3, I needed a loan to keep the family running after I lost my husband as a result of COVID-19, all hope were lost, until Mrs. Olivia referred me to HACK VANISH, a credit genius who was very helpful in fixing my credit 6 days after I reached out to him via Email: hackvanish (At) gmail (Dot) com and Phone: +1(747) 293-8514, throughout the process, I felt so involved because an open line of communication was maintained till I got my FICO score restored to 796, currently my loan application has been approved. If you need to hire a credible hacker, HACK VANISH is highly recommended.