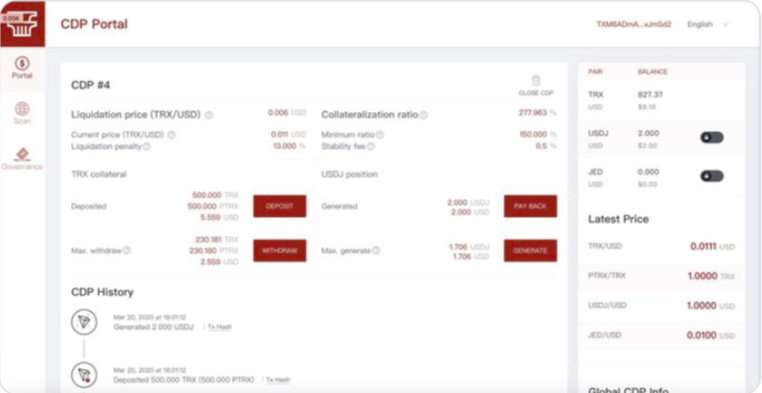 Sun kept the caption short by writing “something new.” However, it was too similar to MakerDAO, with some crypto pundits accusing Tron of plagiarism because the new system is “nothing other than a complete rip-off of the popular DeFi platform,” BTC Manager reported.

Based on the white paper, Djed and its stablecoin token are designed to function as the central cog in Tron’s DeFi ecosystem. Tron fan Mike McCarthy was the one who recommended Djed explaining that the name is drawn from ancient Egypt and represents the concept of stability.

Tron’s new project was plagued with plagiarism issues. Although the interface is modified, many feel that the system itself is too similar to that of the old Single Collateral Dai for Maker. Both share the same principle except that Tron users will be committing to TRX collateral to mint USDJ instead of DAI. Also, its governance token is called JED instead of MKR, Cointelegraph reported.

The publication noted that the new platform uses several terms from the Maker. Also, the smart contract showed that Djed is just a copy of Single Collateral Dai which is probably the reason why it only allows TRX tokens for collateral even if it initially promised to use BTT.

The Cointelegraph analytics examined how the platform interacts with Tron and noticed several flaws. They believed that it was done on purpose to avoid making too many changes on Maker’s code as much as possible.

This isn’t the first time Tron has been accused of plagiarism. Many also alleged that its original white paper was a clone of Ethereum. However, one should note that Djed is a project from Tronscan and not Tron Foundation.

In related news, Sun was involved in a controversy with the DPos-based crypto platform STEEM. Many thought that he “strategically partnered” with other members of the STEEM community. The members feared that Sun would have excessive control over the platform. Major crypto exchanges Binance and Huobi both sided with the community.

Binance said in an open letter that it stays neutral about the issue and has no interest in on-chain governance beyond the Binance ecosystem.