The former Treasury Secretary is now fully convinced of the potential of blockchain technology. 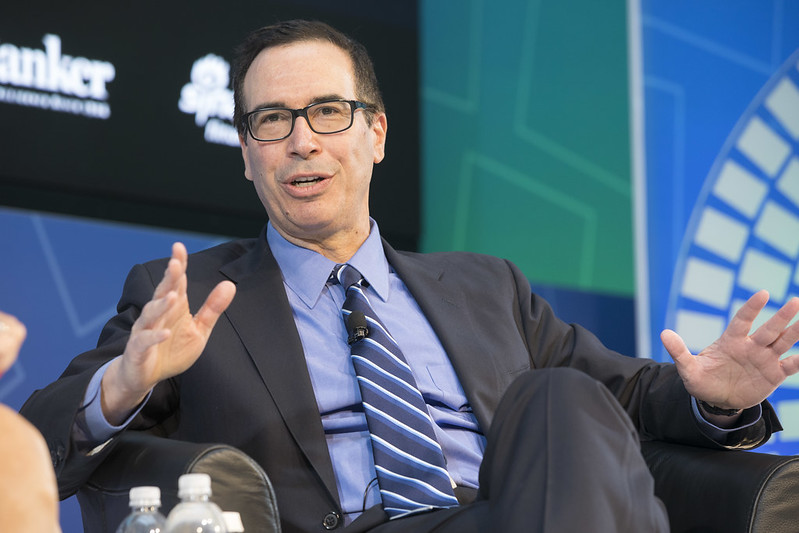 The Trump administration was known for being dismissive of Bitcoin (BTC). However, the former Treasury Secretary Steven Mnuchin appears to have made a U-turn and is softening his stance on the world’s largest crypto.

Mnuchin expresses his views about Bitcoin in an interview on CNBC’s “Squawk Box” on Wednesday. The former Treasury Secretary confirmed that his stance on Bitcoin has evolved. “I think my view has evolved a little bit, but it is pretty consistent,” he said.

The former Treasury Secretary is now fully convinced of the potential of blockchain technology. “The first part of it is I think the underlying technology of blockchain is really incredible and has lots of different things, particularly in fintech and finance,” he said.

Mnuchin sees no problem if people prefer BTC over other assets such as gold. However, he also admitted that he has no plans of including the crypto in his portfolio.

“I think as it relates to Bitcoin — if people want to buy Bitcoin as a subsititute, no different from buying gold or some other asset — it’s fine,” he told CNBC. “I don’t personally want to have it in my portfolio but if people want to, that’s perfectly fine.”

During the interview, Mnuchin stressed the importance of a clear regulatory environment for Bitcoin and other cryptocurrencies. In fact, he wanted Bitcoin to have “complete BSA and regulatory compliance.”

“Under the OCC last year, we approved that the banks can custody crypto assets,” the former Treasury Secretary explained. “The reason we did that is because we wanted to make sure that Bitcoin comes into the regulated world. So, my real focus is, if people want to buy Bitcoin that’s fine but it should be in the regulated world.”

Bitcoin’s price has been highly volatile recently due to a number of factors such as Tesla’s decision to cancel BTC payments due to environmental concerns and China’s crackdown. The crypto set a new all-time high above $64,000 in mid-April but fell to around 28,000 on June 22.

“Bitcoin has popped back to $32.8k after falling to $31.7k earlier for the first time since June 26th,” crypto analytics platform Santiment commented on BTC’s volatility, according to Finance Magnates. “As cryptocurrency’s top market cap asset continues to trade in a price range, traders are watching for an uptick in unique addresses interacting on the BTC network.”