Sen. Pat Toomey (R-Pa.) wrote a letter to Treasury Secretary Janet Yellen saying that the proposed FinCEN counterparty rule would impose a heavy burden on crypto firms but may not combat illicit activity. 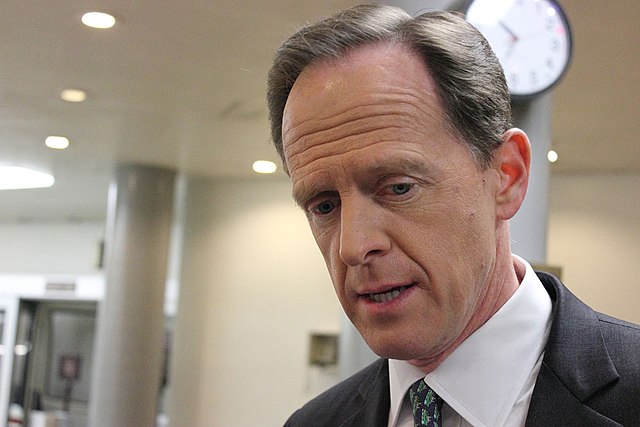 A top-ranking Republican on the Senate Banking Committee believes that the proposed regulation on crypto might be counterproductive. Sen. Pat Toomey (R-Pa.) wrote a letter to Treasury Secretary Janet Yellen saying that the proposed FinCEN counterparty rule would impose a heavy burden on crypto firms but may not combat illicit activity, according to Coindesk.

“A cryptocurrency connects one person with another through open, public networks—separate from government control or other financial intermediaries,” Sen. Pat Toomey said in his letter. “As a result, cryptocurrencies stand to dramatically improve consumers’ privacy, access to financial services, and power to make decisions for themselves. Some have argued that cryptocurrency is a technology that could be as revolutionary as the internet.”

The controversial rule was proposed by former Treasury Secretary Steven Mnuchin. It requires crypto exchanges or financial institutions to maintain the name and physical address information for transactions above $3,000, and file reports for those above $10,000.

However, critics of the rule point out that it could negatively impact decentralized finance (DeFi) products because they essentially run on smart contracts that store funds do not require names or addresses. Maintaining excess records beyond typical know-your-customer (KYC) requirements may be a burden for smaller crypto exchanges.

The Senator wants both revised. “While I recognize that FinCEN and FATF’s proposals are seeking to address the misuse of cryptocurrencies for illicit activity, if adopted, they would have a detrimental impact on financial technology (“fintech”), the fundamental privacy of Americans, and efforts to combat illicit activity,” he said. “I urge you to make significant revisions to them.”