Riot Blockchain upgrades its mining fleet in response to the decrease of BTC mining reward due to the recent halving. 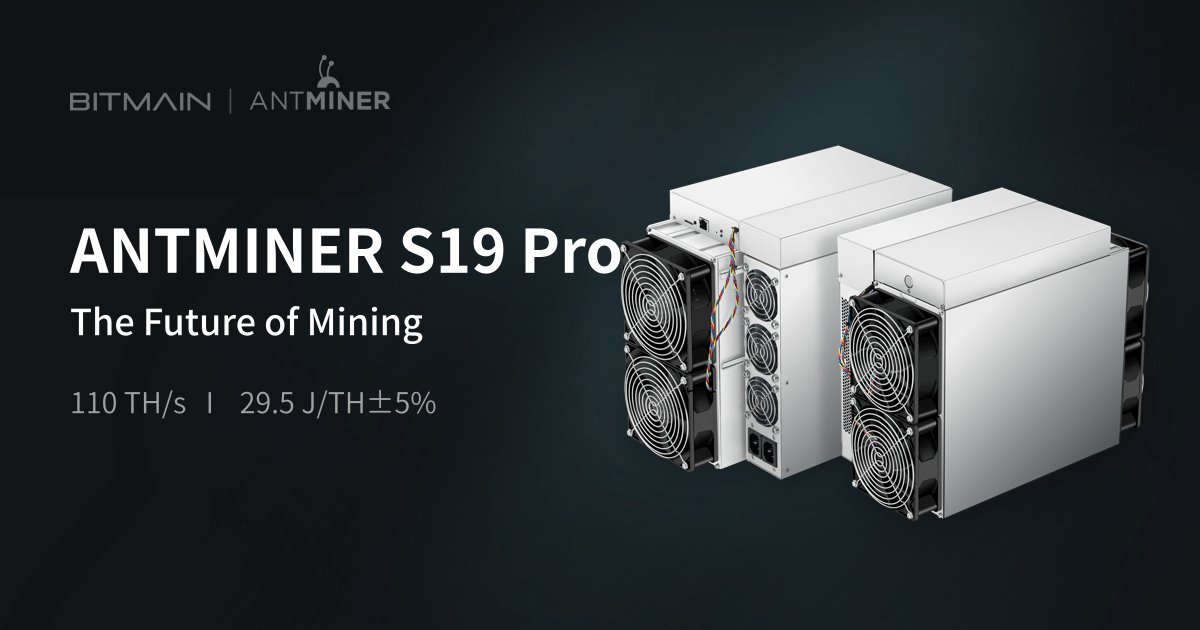 The recent Bitcoin halving in May, where mining reward was reduced by fifty percent, is putting pressure on mining firms as it could negatively affect mining revenues. But Riot Blockchain, one of the few US-based few Nasdaq-listed cryptocurrency mining companies, is facing the challenge head-on by upgrading and expanding its mining fleet to improve its operational efficiency.

Riot Blockchain Inc. announced in a press release that it is ramping up its capacity through the acquisition of 1,000 next-generation Bitmain S19 Pro (110 TH) Antminers, Aithority reported. The top-of-the-line mining rigs were purchased from Bitmain Tech PTE LTD for $2.3 million.

The cryptocurrency mining firm also clarified that the acquisition was funded using its working capital. The company has no long-term debt at the moment.

With the new mining equipment, Riot projects its aggregate operating hash rate should reach around 567 petahash per second (PH/s) by the fourth quarter of 2020. This capacity represents a 467 percent increase of Riots average mining hash rate as of late last year.

While the new generation of miners operates at 467 percent of late 2019’s hash rate, the setup will only consume 50 percent more power. The new hardware is more energy-efficient and has an efficiency rating of 38.6 joules per terahash compared to the older miners’ rating of 98 joules per terahash. Working at full capacity, it will consume 14.2 megawatts of power.

The new batch of miners will be deployed as received during it second part of 2020 and will provide over 56 percent of Riot’s hashing capacity. They will be installed at Coinmint’s Massena facility as per a previously agreed hosting arrangement.

Last May, mining reward decreased by 50 percent in an event known as halving, the third one in Bitcoin’s history. From 12.5 bitcoins per block, rewards dropped to 6.25 BTC, forcing mining firms to come up with ways to minimize the anticipated revenue decline.

In Riot’s case, the company opted to upgrade its mining rigs to increase its operational efficiency and performance. With the new equipment in place, it is better positioned to thrive in the post-halving environment.

I am a cryptocurrency trader and i make over 200% daily, If you are interested,i can teach you how to trade and also help you achieve your goal in life with crypto i can turn
$4500 into $35000 in less then four weeks,now that bitcoin has low prices...please note that cryptocurrency trading is bitcoin unlike binary and Forex,bitcoin is traded for altcoins also you can reach to me if you are new to bitcoin and to give you more info and guideline on how to invest smartly, this is opportunity life time knocking on your door inbox me for more info....contact me on whatsapp :+12067425358 happy new year to you all ...............................

its so touching knowing the amount of losers in binary trade if crosschecked you find out we are the cause simply because we refuse to share ideas among one another, and am not in a party to that, binary trade is one thing i have come to understand,its all about you having a nice broker, using the right  strategy and above all knowing how to read the trend, feel free to contact me on [email protected]   for guidelines and assist, if i can make it and be a successful trader then you can.

STAY AWAY FROM SCAM BROKERS

Binary options involve predicting the movements of commodity, asset or index prices over a short time. Although they may be a legitimate financial product with many licensed firms trading in them, binary options are speculative, high risk products that are almost impossible to predict, even for professionals. There are groups of scammers who use binary options to steal your money.
I would like to drop off few words about my negative and teaching experience with RB Options company. Like many others, I was contacted by the broker in 2019, and despite the fact I didn't have any knowledge about financial markets, got convinced by Peter Oaks, that I'll have all his assistance in order to make successful trades. Alright, sounds good, why not to try?
After putting a large amount on my account, ive watched how my balance would go higher and higher. Ofcourse seeing this proof of how im good at it, my manager Peter made me invest more over 35,000 Euro. After a couple weeks of such magnificent trading, my account ended up over 95,000 Euro. An excellent opportunity to file a withdraw, no? No!! They released only 12,000 in order to trick me invest more 100,000. I didnt have such money at the moment and I was put on hold. Weeks after nobody would even answer my calls or my emails. It became very clear, that Ive become a victim of a huge and shameless scam. Time passed by and I was growing disappointed and very angry with my own naive.
I had paid Birman Law 10% of my principle loss with nothing to show for it, I think the algorithm of these programs are designed for us to lose money in some way. If you flushed your money down the toilet with a binary broker then just learn your lesson, it took me 3 months to figure out how to get my money back after made failed attempts; I contacted several lawyers but it was all waste of time and money, they couldn't render an inch of help. I later came across a certified binary options recovery expert through a family member , I was able to hire him to recover my money within 15days from the brokers(RB options), he was able to retrieve my funds successfully . If you have found yourself in same situation as me you can contact the expert on '''instantfundsrecovery (A T ) protonml (cm)" just in case you find yourself in same situation; I can assure he would be able to help you just as he helped me. Be cautious of where and how you invest
More
Breaking
Feb 21, 2020 (Friday)