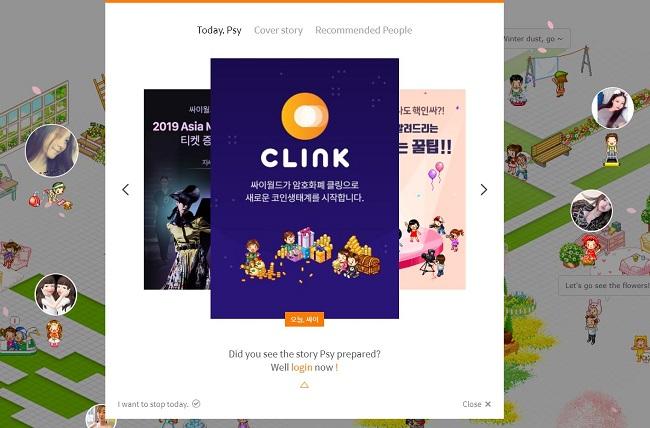 South Korean social media platform Cywork abruptly shut down its services on Oct. 1 without any prior notice, according to a report by The Korea Times. Now, investors of its crypto-asset “Clink” are alarmed as the former can no longer be accessed.

Adding to the mess, Korean crypto exchanges CoinZest and BitSonic are considering delisting the token, whereas investors are taking measures to possibly file a case against Cywork CEO Jeon Jae-wan.

Launched in 1999, Cyworld was popular in the country as an estimated 32 million users were on the platform. It was eventually bought over by the SK Communications in 2003. However, in 2006, many of its subscribers started to leave, registering a loss of 1 million users in a span of 2 years.

In an attempt to turn fortunes around, the firm sold 24 million of crypto-assets worth 26 won per unit ($0.022) in an initial exchange offering conducted on CoinZest in January. A total of 480 million won ($405,000) worth of Clink were sold.

In the second half of 2019, the company has experienced a massive exodus of employees as it failed to pay them since the end of 2018 after its newly launched service QUE flopped.

Industry officials estimate that clink investors are estimated to lose at least 1 billion won (~$844,000) if the company fails to fix the situation around.

Meanwhile, despite the earlier announcement of its closure amid legal problems, Canadian messaging app Kik said it is “here to stay.” It also revealed its plan to shift its focus on its cryptocurrency Kin.