Rep. Swalwell accepting bitcoin donations in bid for US presidency 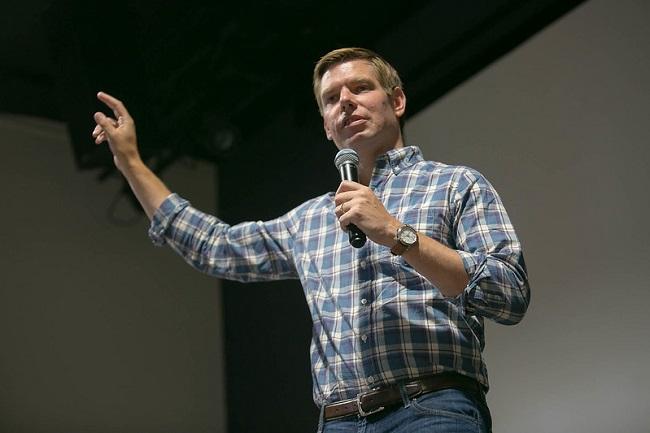 “Eric Swalwell answers questions-2,” by JD Lasica, is licensed under CC BY 2.0.

“Blockchain can change the world, if we let it,” Swalwell, who will represent the Democratic Party in the state of California, said in a video.

Noting that much of peoples’ lives exist online, Swalwell pointed there is no reason to “believe that we cannot extend this further into our democracy and our economy – from exercising our right to vote to how we look at cryptocurrency.”

“Government has to keep up with the times, and the times have changed. We must study but ultimately embrace these new frontiers so that our nation and how we fund it and run it never becomes obsolete,” he concluded.

Swalwell is currently serving as the U.S. Representative for California’s 15th congressional district since 2013. He has also served on the House Permanent Select Committee on Intelligence and the House Judiciary Committee.

Meanwhile, Swalwell is not the first U.S. presidential candidate to accept cryptocurrency-based donations.

American entrepreneur Andrew Yang has been gathering funds through Bitcoin, Ether, and other cryptocurrencies based on the ERC20 standard for nearly a year now. Known as the “bitcoin candidate” to some, Yang was reportedly the first candidate to call for clearer regulatory guidelines on cryptocurrencies.

“It’s time for the federal government to create clear guidelines as to how cryptocurrencies/digital asset markets will be treated and regulated so that investment can proceed with all relevant information,” the pro-bitcoin Democrat wrote on his online manifesto.