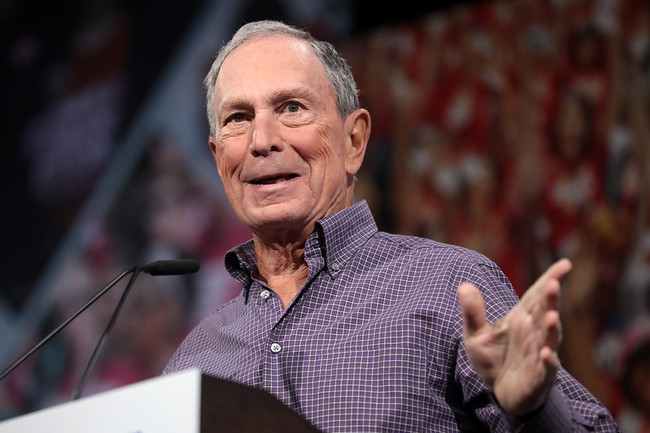 Presidential candidate Michael Bloomberg has submitted a financial reform plan that calls for a clear regulatory framework for cryptocurrencies.

"Cryptocurrencies have become an asset class worth hundreds of billions of dollars, yet regulatory oversight remains fragmented and undeveloped. For all the promises of the blockchain, bitcoin and initial coin offerings, there’s also plenty of hype, fraud and criminal activity," the proposal read.

Bloomberg said that he will work with regulators to provide clearer rules by clarifying responsibility for overseeing cryptocurrencies, providing a framework for initial coin offerings, by defining when tokens are and are not securities, protecting consumers from cryptocurrency-related fraud, clarifying how investments in cryptocurrencies will be taxed, and defining capital and other requirements for financial institutions holding cryptocurrencies.

Among other things, Bloomberg said that he will also support the creation of a regulatory sandbox for financial startups, allowing them to "test concepts before being subjected to the full weight of regulation."

Meanwhile, senator Nathan Dahm submitted a new bill for Oklahoma that calls for a state-backed financial institution that is fully supported by blockchain technology. He stated that the purpose of the new bill is “to provide valuable financial and technical services to blockchain and virtual currency innovators and developers.”