The couple received a total of $100,000 in crypto (Monero) before their arrest. 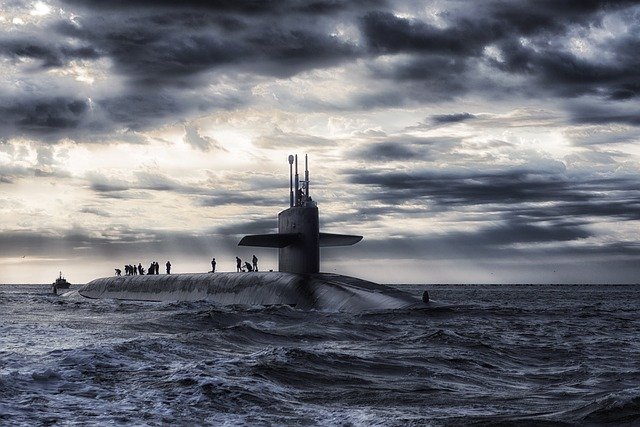 Image by David Mark from Pixabay

A nuclear engineer who works with the United States Department of the Navy and his wife are now facing criminal charges for allegedly attempting to sell restricted data. The couple reportedly attempted to sell sensitive Naval data in exchange for the crypto Monero.

In a criminal complaint filed by the Federal Bureau of Investigation (FBI) on Friday, October 8, Jonathan Toebbe and his spouse, Diana was accused of being involved in a conspiracy to sell information on U.S. nuclear submarine designs, according to Coindesk. The couple reportedly attempted to sell the data to an unnamed foreign nation, referred to in the complaint as COUNTRY1.

“The FBI’s investigation has revealed that JONATHAN TOEBBE, a current employee of the United States Navy, has passed, and continues to attempt to pass, Restricted Data as defined by the Atomic Energy Act, specifically 42 U.S.C. § 2014(y), to a foreign government, hereinafter “COUNTRY1,” with the witting assistance of his spouse, DIANA TOEBBE,” FBI’s complaint, which was published on the Justice.gov website reads.

According to the FBI, the couple violated 42 US Code § 2274(a) of the Atomic Energy Act for Conspiracy to Communicate Restricted and for Communication of Restricted Data. The Act prohibits the disclosure, communication, or transmission of information classified as Restricted Data with the intent to injure the U.S. or to secure an advantage to any foreign nation. Those convicted of the crime could face life imprisonment or a fine of not more than $100,000 or both.

As an engineer assigned to the Naval Nuclear Propulsion Program, Jonathan Toebbe had access to sensitive information as he has an active national security clearance through the Department of Defense. According to the FBI, Toebbe sent a sample of restricted data to a foreign government on April 1, 2020, with the intent of selling additional sensitive information.

The couple attempted to sell sensitive information on three occasions from June 8 to October 9, 2021. However, they unknowingly handed over the restricted documents, which included encrypted data on SD cards, to an undercover agent.

Data on the SD cards contained sensitive information related to nuclear submarine reactors. The couple received a total of $100,000 in crypto (Monero) before their arrest.