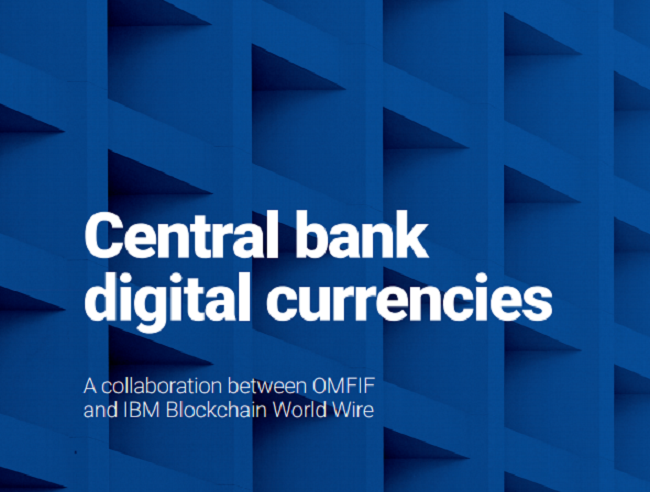 A recent survey conducted on major central banks has revealed that they are increasingly embracing central bank digital currencies (CBDCs).

The Official Monetary and Financial Institutions Forum (OMFIF) and IBM ran the survey from July to September 2018 on 21 central banks.

The respondents came from institutions that are researching and trialing wholesale CBDCs (38%), as well as those who are not currently active in this field (62%). These include the Banco Central do Brasil, South African Reserve Bank, Norges Bank, Deutsche Bundesbank, European Central Bank, and the Bank of Finland, among others.

Unlike “digital currencies” which are not backed by any government or central bank, a CBDC is “a digital form of fiat money, which is a currency established as money by government regulation.”

OMFIF and IBM have released a survey report that provides a holistic view of approaches to setting up a wholesale CBDC and offers guidance for institutions on how to address challenges and achieve success using blockchain technology and digital currencies.

69 percent of those surveyed found significant issues with existing cross-border transaction processes and 54 percent said that CBDCs could be used to improve the speed, efficiency, and resilience of cross-border payments. Other key results include:

All survey respondents expressed their optimism about the use of smart contracts as “this affords central banks flexibility in payment and settlement processes, such as what form a token would take and who the backer would be.”

"Many central banks have devoted considerable effort to examining the viability of introducing digital fiat currency as a complement to physical cash," said Philip Middleton, Deputy Chairman of OMFIF. "In the wholesale domain, the prospects for digital payment or electronic token exchange appear capable of delivering benefits while avoiding some of the difficulties inherent in retail CBDCs."