While he sees BTC as a good investment, Cuban stresses that he is not telling people to buy it. 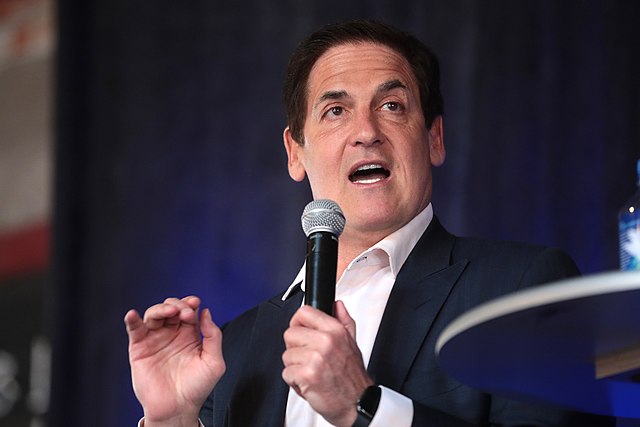 While investors are getting over falling crypto prices, billionaire Mark Cuban still prefers Bitcoin over gold as an investment. In fact, the Dallas Mavericks owner and Shark Tank star wants BTC’s price to fall even further so he can buy more.

Mark Cuban shared his thoughts about bitcoin and gold in a “Club Random” podcast episode which was hosted by comedian Bill Maher. When Maher said that he is “very anti-bitcoin” and believes in the value of gold, Cuban replied, “If you have gold, you’re dumb as f***,” Bitcoin.com reported.

Maher countered by saying that gold “never goes away.” He also added that the previous metal is “like a hedge against everything else.”

However, Cuban did not agree with Maher’s evaluation of gold. “No, but it’s not a hedge against anything, right? What it is is the stored value and you don’t own the physical gold, do you? … Gold is a stored value and so is bitcoin,” Cuban explained.

“When you own gold, all you own is a digital transaction. You don’t own the gold bar,” Cuban added. “If everything went to hell in a handbasket and you had a gold bar, you know what would happen? Someone would beat the f*** out of you or kill you and take your gold bar.”

While Cuban expressed support for Bitcoin, he clarified that the crypto is only a small portion of his investments. "I’m not mostly in bitcoin, right? It’s just something I own,” the Dallas Mavericks owner explained. “But it’s a digital transaction and it’s a store of value … So, people perceive that there is a value associated with gold, and there’s value associated with bitcoin.”

While he sees BTC as a good investment, Cuban stresses that he is not telling people to buy it. He also expressed his desire to buy more Bitcoin if its price falls further. “I want bitcoin to go down a lot further so I can buy some more.”