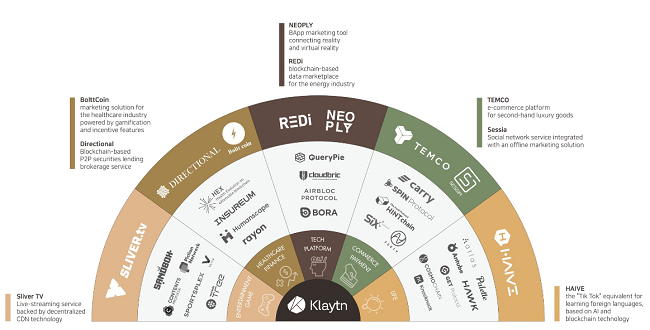 In March, Ground X released Klaytn’s public testnet, called ‘Baobab,’ which followed the trial run of the private testnet 'Aspen’ started in October 2018. The company will launch the mainnet on June 27, 2019.

Ground X said that the latest round of partnership includes some of the most promising projects engaged in distinctive blockchain-empowered businesses in various industry domains. This includes

The initial service partners will utilize the deployed Klaytn testnet and work towards further reinforcing Klaytn's ecosystem by releasing their blockchain applications at the time of the Klaytn mainnet launch.

"With a mission to create substantial real use cases, we are partnering with promising blockchain projects developed by globally successful service providers with a prospective user base of tens of millions," said Jason Han, the CEO of Ground X, heading the development and operation of Klaytn.

"Together with our partners, Klaytn will take the blockchain industry to the next level by prioritizing our efforts towards the mass adoption of blockchain services as to substantiate the value and utility of blockchain technology."