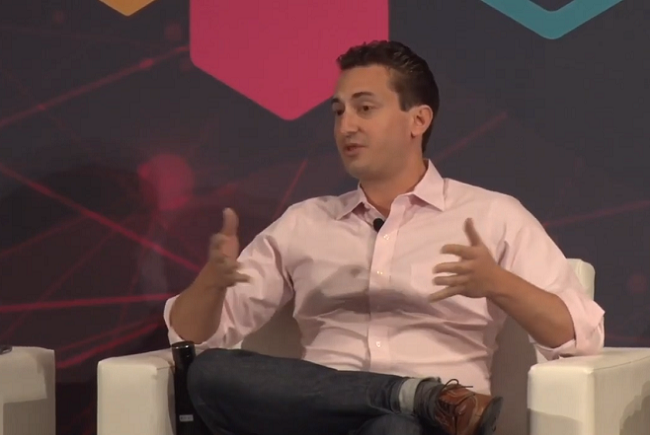 Kadena CEO Will Martino at Consensus 2019 (Image: Kadena Via YouTube)

In an online post detailing the launch, Kadena said:

“Kadena’s mainnet is now fully accessible for public mining. The release provides miners with the opportunity to solve blocks on Kadena’s public blockchain.”

The startup said that its private blockchain, originally referred to as ScalableBFT, will now be known as Kadena Kuro, while Chainweb has been simplified to just Kadena or Kadena’s public blockchain.

According to the Chainweb white paper, the public blockchain can support network speed of up to 10,000 transactions per second.

“People can also watch the mining of the parallel chains through Kadena’s Block Explorer, a tool that allows for tracking in real-time,” Kadena said.

With the release of mainnet mining, miners will receive block rewards for validation/production of blocks in the platform’s native cryptocurrency, Kadena (KDA). They will also be able to receive KDA as transaction fees or gas payments for the execution of smart contracts.

Kadena has announced the launch of its token offering on CoinList, which begins today, November 05, at 12:00 PM PST. This is the company’s third token sale with a target to raise $20 million.

In 2017 and 2018, Kadena completed two funding rounds through a Similar Agreement for Future Tokens (SAFT) structure, raising more than $15 million, The Block reported.

The token sale launching today is for non-U.S. investors. CoinDesk reported that parties who do not intend to mine KDA can buy their tokens for $1 per coin. For the first 40 days of the sale, investors would be able to trade and exchange their KDA tokens exclusively on CoinList. After this initial lock-in period, the coins will be freely tradeable.

“The key with this raise is that it’s more toned to be able to launch in an as compliant way as possible, and based on the guidance we get from various regulators,” said Kadena CEO Will Martino (as quoted by The Block).

According to CoinDesk, Kadena is also going to launch its Kadena token wallet, called the Chainweaver wallet. Among other things, the wallet will host a mini-server, allowing to directly interact with decentralized applications (or dapps). This basically means that users would be able to run dapps natively from the Chainweaver wallet on a desktop computer.

“We needed to have a simplified journey from ‘I have some coins’ to ‘I can use some dapps,’” Martino told CoinDesk.

Earlier in May, Kadena partnered with the US Commodity Fund Investments (USCF), a $3 billion dollar ETP fund that leads in alternative investments.