JPMorgan could launch a Bitcoin (BTC) fund by summer

JPMorgan is preparing to offer a Bitcoin fund to its private wealth clients according to sources familiar with the matter. 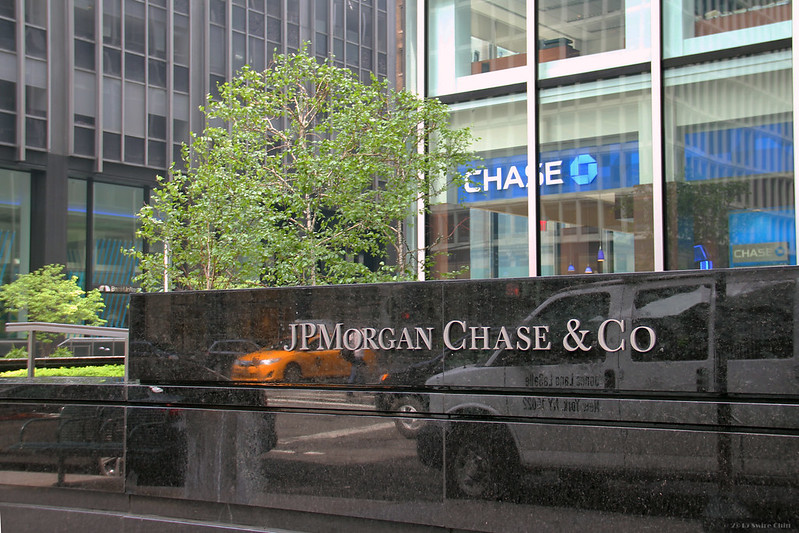 JPMorgan is reportedly preparing to offer a BItcoin fund targeting its wealthy clientele. If this pushes through, JPMorgan will become the largest U.S. bank to embrace the asset class and the latest indication of Wall Street’s growing acceptance of digital currencies.

JPMorgan could launch its Bitcoin fund as early as this summer, according to Coindesk, citing two unnamed persons familiar with the matter as its sources. A third source told the publication that Bitcoin-focused institutional investment firm NYDIG will be JPMorgan’s custody provider.

Multiple sources also told Coindesk that the fund will be actively managed as opposed to the passively managed products offered by Galaxy Digital and Pantera Capital. The BTC fund will be targeted to the bank’s private wealth clients.

Wall Street banks have been hesitating on whether to offer clients exposure to digital currencies, according to Yahoo Finance. Comparatively, JPMorgan has been more aggressive in approaching crypto as it already added crypto exchanges Coinbse and Gemini Trust as banking clients last year.

However, JPMorgan CEO Jamie Dimon has been known for being a Bitcoin critic and called the crypto a dangerous fraud in 2017. “If you’re stupid enough to buy it, you’ll pay the price for it one day,” he once said.

He later toned down his stance but still expressed his opposition to investing in BTC by saying that the crypto is “not my cup of tea” late last year. He also argued that the government will regulate the asset class.

However, the bank appeared to have changed its stance by February this year. “If over time an asset class develops that is going to be used by different asset managers and investors, we will have to be involved,” JPMorgan Chase & Co. Co-President Daniel Pinto said in an interview with CNBC. “The demand isn’t there yet, but I’m sure it will be at some point.”

A common misperception is that lost or stolen bitcoin is gone forever. without knowing that, as Blockchain Forensics Continues to Evolve, Identifying, Tracing and Recovering Stolen, Hacked or Scammed Crypto Assets may have already become easier than traditional asset recovery. as easy as it is ONLY A Very Very few Professional Recovery Experts and Hackers can get this type of job done, TO Perform or Invest and hold a certain Amount of Bitcoin you have to verify your Identity as Required by the Law. A few Expert have found a way to exploit this Verification and use it to their advantage to Trace and identify Bitcoin wallet and the Identity of the person who owns the Wallet which Victims sent Bitcoin or other Crypto Asset to.
IF You ever lost your funds to an investment scam, Bitcoin Mining Scam or any Type of Scam what you need to do is Hire a Professional to get the job done. Also be very careful of who you hire to get the job done, as MORE Than 95% of people who claim they can Recover Lost, Stolen, Hacked, or Scammed Bitcoin are all Scammers themselves trying to rip you of Whatever is remaining of your Hard Earn Money WHICH was lost to Scammers.
If you ever need to HÏŘË a professional to help you recover your bitcoin or funds either stolen, HÄČKËD or ŠČÄMMËD, simply send an ema!| to ‘’FÅSTŘËČÕVËŘÝ02 HÃŤ GMÃÍĹ ČÕMË’’ . he is a professional recovery agent who recently recovered 500,000USD worth of Bitcoin Stolen from a friends wallet. he does not charge a penny until after the job is done. he has been tested and Trusted by Several Victims of investment scam i know.

i also lost about $175,000 to an IQ option broker and 2 fake binary option website as well but I am sharing my experience here so as to enlighten and educate everyone that is losing money or has lost money to a scam including binary options, dating scams,Recover all your lost money to Bitcoin and other Cryptocurrency, mortgage/realestate scams and fake ICOs.However , I have been able to recover all the money I lost to the scammers with the help of a recovery professional and I am pleased to inform you that there is hope for everyone that has lost money to scam.you can reach out to them at
p e r f e c t w e a l t h r e c o v e r y at gee male dot com
whatsapp: +1 254 307 7185
NO UPFRONT PAYMENTS