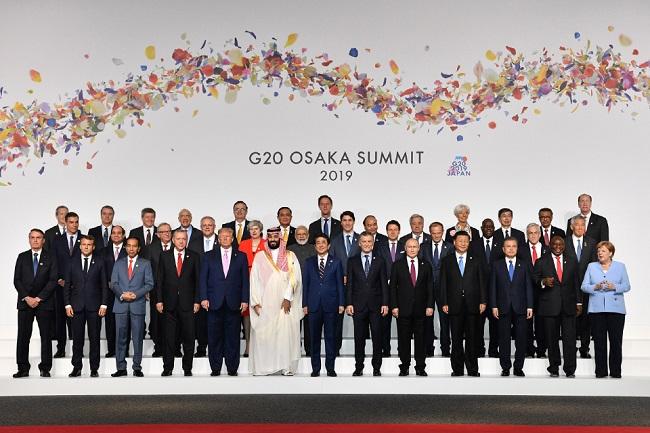 The governments of the Group of Twenty (G20) countries have officially lent support for the guidelines on cryptocurrency regulations detailed by the Financial Action Task Force (FATF).

“We reaffirm our commitment to applying the recently amended FATF Standards to virtual assets and related providers for anti-money laundering and countering the financing of terrorism,” the leaders’ declaration stated during the 2019 G20 Summit in Osaka, Japan, held on June 28 and 29.

In its declaration, G20 noted that although cryptocurrencies, at present, do not pose a threat to the global financial stability, their development, as well as existing and emerging risks, should be closely monitored.

The group also welcomed the ongoing work of the Financial Stability Board (FSB) on the potential implications of decentralized finance (DeFi) technologies and how regulators can engage other stakeholders. It also reaffirmed its commitment to continue to step up its efforts to strengthen cybersecurity.

According to The Block, G20 has already been affirming its intention to support the FATF guidelines, but it was not official until the recent announcement at the summit.

The FATF, which is an intergovernmental organization that aims to combat financial crimes, released its final crypto guidelines on June 21 and has put forward its proposal at the Summit. The new policy obliges crypto-asset service providers to follow the usual procedures of traditional institutions in complying with anti-money laundering (AML) and combating the financing of terrorism (CFT) protocols.

Meanwhile, the Inaugural V20 Summit, which was held as a concurrent event to the G20 Summit, also led a group of national trade associations representing the local Virtual Asset Service Providers (VASPs) to form an association that will provide a “global unified voice” for issues related to the cryptocurrency industry, including the new FATF guidelines.

Blockchain associations from different countries as well as representatives from major cryptocurrency exchanges, news outlets, law firms, and crypto service providers have signed a memorandum of understanding to establish a “cooperative regime.”