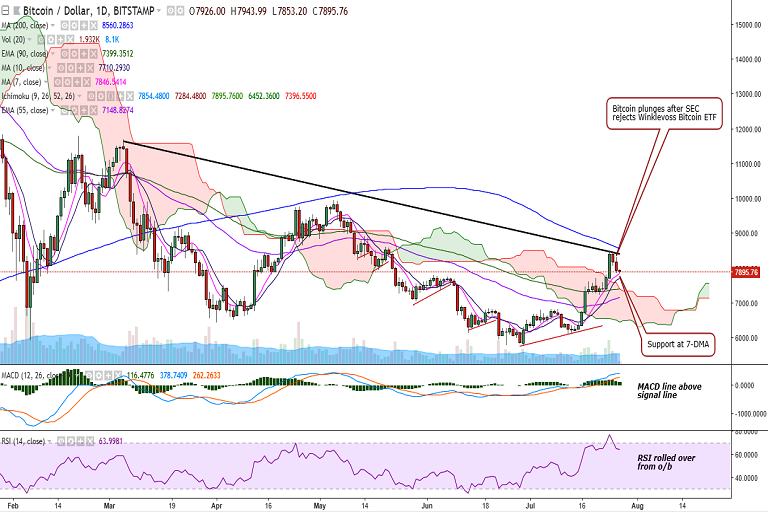 BTC/USD plunged to 7853 levels after the U.S. Securities and Exchange Commission (SEC) rejected the second attempt by the Winklevoss twins to launch a cryptocurrency exchange-traded fund (ETF).

The downtrend has found support near 7848 (7-DMA) and is currently trading at 7909 levels at the time of writing (Bitstamp).

Momentum Studies: On the daily chart, RSI has rolled over from overbought levels but holding at 64 and stochs are on the verge of a rollover from the overbought zone. Overall bias, however, appears bullish as long as the pair holds 7-DMA support.

Watch out for a break below 7-DMA for minor downside in the pair.