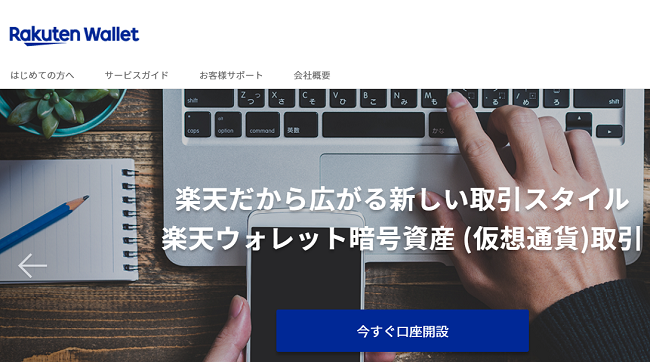 Japanese e-commerce giant Rakuten has announced that it has started accepting applications for opening new accounts at its cryptocurrency exchange, Rakuten Wallet.

Last month, Rakuten Wallet completed its registration with the Kanto Local Finance Bureau as a "virtual currency exchange service provider" based on the Payment Services Act.

According to the official announcement, customers having an account at Rakuten Bank or a Rakuten member ID can start the process for registering at the exchange, CoinDesk reported. Rakuten did not disclose its plans to open the registration process to the wider public yet.

“If you have an account at Rakuten Bank, identity verification procedure is not required at the time of new application,” the website states (via online translation).

Rakuten further said that it has launched an automatic support service for customers using artificial intelligence (AI) that will respond to their inquiries at all times. The company is also planning to roll out a mobile app which would allow users to engage in cryptocurrency trading, as well as make deposits and withdrawals.