Crypto and CBDC could be the answer for reaching the unbanked or underbanked, says Senator Warren

The senator said that perhaps private digital currencies such as Bitcoin and Ethereum (ETH) might be the solution that could reach the unbanked and underbanked. 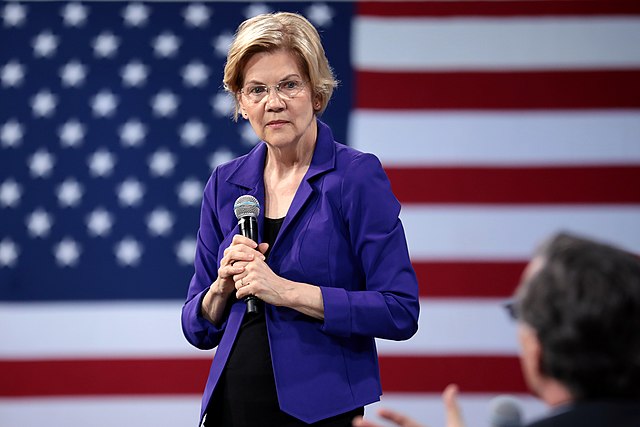 Senator Elizabeth Warren is a known skeptic of cryptos such as Bitcoin (BTC). However, the former United States presidential candidate appears to have softened her stance on crypto by saying that digital currencies could help tackle some of the problems faced by the financial system.

One of these is the continuing exclusion of a segment of the population from the financial system. The senator lamented that banks have failed to reach out to these consumers as there are still millions of unbanked and underbanked people in the U.S.

“There has been an enormous failure by the big banks to reach consumers all across the country,” Warren said in a CNBC Squawk Box interview on Wednesday. “Talk about the millions of people who are unbanked or underbanked, who are paying way too much just to be able to have their paychecks cashed or to be able to pay their utility bills and their rent. Just to try to get a little edge into the financial system because they don’t have standard checking accounts.”

The senator then proposed that perhaps private digital currencies such as Bitcoin and Ethereum (ETH) might be the solution that could reach the unbanked and underbanked. “Digital currency and central bank digital currency may be an answer there because the costs are extraordinarily low for being able to transact and maybe that will be a way going forward that we get more people into the system,” Warren added.”

Of course, a thorough study of crypto’s benefits and its potential risk needs to be done first. “The question we have to ask is to look at the design of crypto to see where it may be better but also to see where it may inject its own risks into the system,” the senator added, according to Cointelegraph.

Senator Warren is particularly worried about the risks due to the lack of proper regulation in the industry. “My concern is that a wholly unregulated market is one where ultimately the folks who pay the price are the small investors and the taxpayers…,” she said. “I don’t wanna wait until a whole lot of people, a whole lot of small traders, have been completely wiped out.”