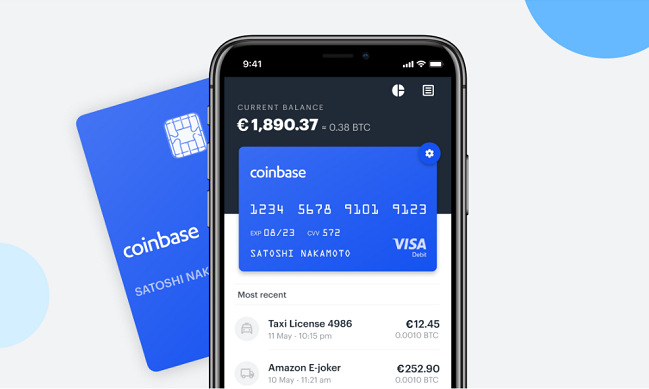 Cryptocurrency exchange Coinbase has announced that it is expanding its Visa debit card service to six new countries across Europe.

In an online post dated June 12, Coinbase UK CEO Zeeshan Feroz said that Coinbase Card is now available to the customers in Spain, Germany, France, Italy, Ireland, and the Netherlands.

“Coinbase Card lets anyone with a Coinbase account in a supported country spend their crypto instantly worldwide,” Feroz said. “Since launching in the UK, Coinbase Card users have been spending their crypto as easily as the money in their bank accounts. From grocery shopping, to cocktails and dinner dates, Coinbase Card has become the go-to card in our customers’ wallets.”

Speaking to CNBC, Feroz said that the objective of the card is to make payments with cryptocurrencies as seamless as paying with cash. He said that the company “blew past” the initial 1,000 cards offered to users for free.

Coinbase Card comes in the form of a mobile app, which syncs directly with Coinbase accounts, as well as a physical contactless card which can be used to withdraw cash from ATMs.

Feroz also revealed plans to expand the card to other jurisdictions including the United States, adding that it needs to find the right banking partners.

“In the coming months, we’ll be introducing brand new features, as well as bringing the card to even more customers around the globe,” he said.