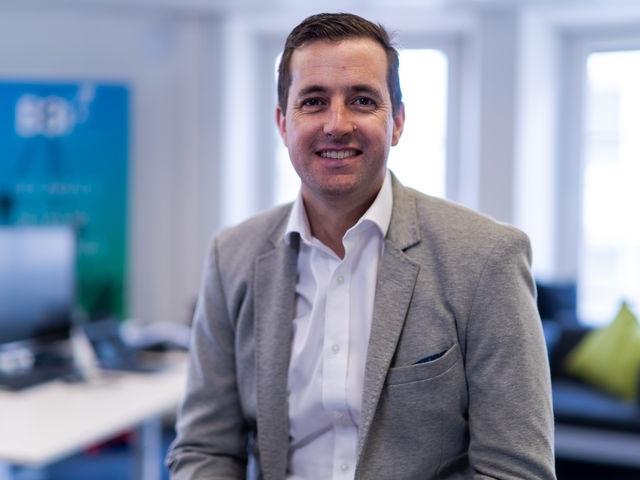 In late 2016, 15 global insurers and reinsurers came together for a collaborative effort to explore and test the potential of blockchain and formed B3i. In April 2018, the founding entities incorporated B3i Services AG in Zurich, Switzerland as an independent company.

Carolin joined B3i as Chief Financial Officer in March 2018. He has now taken the helm of the company as the CEO after serving as interim CEO since March 2019, which saw him managing the delivery of B3i’s first soon-to-be-launched product, a Cat XOL reinsurance placement system built on R3 Corda’s platform.

He has extensive experience in the risk transfer industry including both insurance and reinsurance, as well as technology and entrepreneurship. Carolin has founded, led, or grown ventures that include a carbon offset platform, a retail property asset manager and a B2B advertising marketplace.

“John has a unique blend of experience working with both corporates and start-ups, which the Board of Directors and I believe makes him ideally suited to lead the new B3i. He has demonstrated as interim CEO that he understands both the insurance market and how to deliver a compelling product,” Antony Elliott, Chairman of the Board of B3i, said.

Carolin will now lead the company into “a customer-centric software development company that partners with and serves the global insurance industry, its brokers, and its customers,” the release said.

“B3i will enable material time and cost savings that can only be achieved by working together as an industry rather than alone. B3i has the extraordinary advantage of being entirely owned by 17 of its customers and having already built a community of more than 40 insurers, reinsurers, brokers, and related companies,” he said.

Earlier this year, B3i raised around $16 million in a funding round. In April, the company announced the expansion of the group of investors in the ongoing funding round, followed by the addition of SBI Group to the investor cohort. At its hackathon last month, it successfully tested the live application of B3i’s Property Catastrophe Excess of Loss Reinsurance application.