Blockchain Ventures confirmed that it bought a stake in Enjin, a blockchain-based gaming platform that aims to empower gamers by protecting in-game assets with the Enjin Coin. 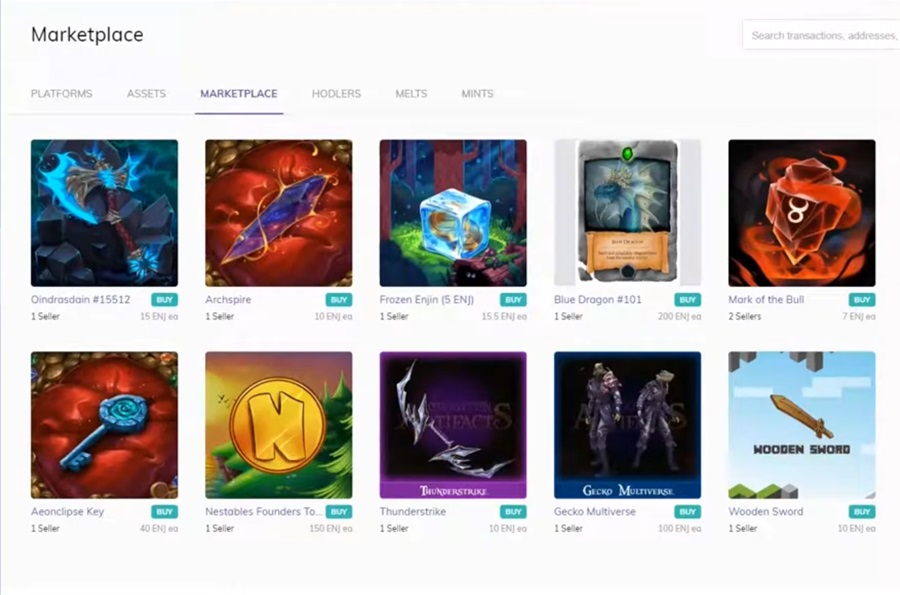 Photo via Screenshot of Enjin/Youtube

Blockchain Ventures has recently announced that it bought a stake in Enjin, a gaming firm that uses blockchain technology to allow gamers to trade virtual assets across multiple titles. The move is a significant step for Enjin as more companies recognize its potential.

With this, Blockchain Ventures has become the first equity investor in Enjin. The details of the deal have not been disclosed.

Since its inception, the team behind Enjin has made considerable progress in streamlining the services it provides, creating apps to support its growing community of gamers, CoinDesk reported. So what exactly does Enjin do?

In a nutshell, Enjin provides game developers the ability to create in-game items and pair them with Enjin Coin. This provides items real-world value, which depends on the rarity of the item. Swords, armors, shields, cards, heroes, spells – the sky is the limit. Players who have rare items can opt to trade them via the Enjin marketplace.

Moreover, if these items are supported in other titles, they can be ported over and used on different games, creating a sort of intersecting worlds. Suffice to say that the idea sparked a lot of discussions on the web as the possibility is incredibly exciting.

Enji’s goal is to support gamers

But excitement is merely a drop in the bucket as to what Enjin aims to solidify. In an email to SiliconAngle, Enjin vice president of operations Bryana Kortendick said that their main aim is to empower gamers.

“You may have heard about Blizzard recently banning a gamer over statements made in support of Hong Kong protesters, or EA’s ‘Star Wars Battlefront II’ debacle. Putting a stop to this kind of behavior, empowering players, and putting the ownership of gaming items in their hands is what our tech is all about,” Kortendick said.

And if that’s not enough, gamers who are tired of a game and want to retire can opt to melt their items and turn them into ENJ, which they can convert to real-world currency.

"The Enjin token economic model, where Enjin Coin (ENJ) is locked within virtual in-game items and non-fungible tokens (NFTs) is something we hadn’t seen before. This facilitates both the price discovery and value recovery that have been challenging for NFTs," Blockchain Ventures said.

Earlier this year, Samsung included Enjin wallet in its Galaxy S10 blockchain phone. The news drove the price of Enjin coin up by 70 percent at the time, CoinDesk reported.