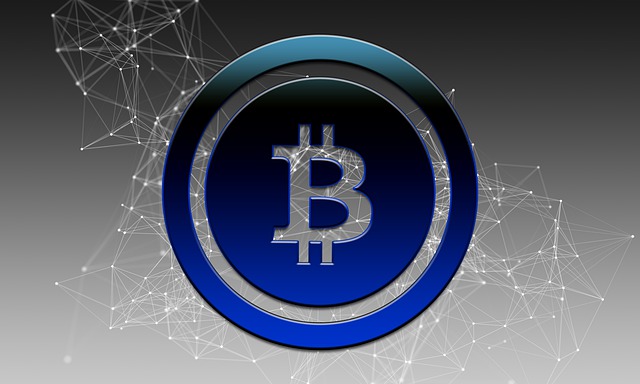 It has been a spectacular year for the blockchain and crypto industry. This emerging sector has been attracting a lot of interest not only from the companies across multiple industries but even governments.

The blockchain industry particularly got a shot in the arm after Chinese President Xi Jinping’s recent endorsement of the technology.

The crypto space is currently witnessing massive interest around stablecoins which offer the advantages of cryptocurrencies with the stability offered by fiat currencies. Notable initiatives include Facebook’s Libra and Telegram’s gram – both of which are currently facing regulatory resistance.

“This time last year, the industry said goodbye to 2018 and hoped that would mark the end of the crypto winter. 2019 has revealed numerous use cases, enterprise adoption, and advancements in the field of distributed ledgers. The most memorable thing about 2019 for the blockchain space will be the speed and sustainability with which it has regained legitimacy in the eyes of governments, enterprises, and institutional players,” said Greg Forst, Director of Marketing at the Factom Protocol, said.

The blockchain and crypto industry experts are highly optimistic about the forthcoming year and what it has in store for this nascent sector.

Forst expects the momentum gained in 2019 in the area of enterprise adoption to continue next year. He said:

“We are highly likely to see huge expansion as blockchain technology moves to enterprise production. We will start to see measurements of the value derived from blockchain being in production environments. The positive results of enterprise blockchain adoption will begin to reveal themselves and will encourage much broader uptake.”

As enterprises recognize blockchain’s potential beyond cryptocurrencies, Pradeep Goel, CEO of Solve.Care, urged companies to analyze their business models to determine if they really need to implement the technology.

“Mindlessly integrating a new technology piecemeal brings its own specific risks, but those at the forefront of the revolution are creating solid strategies for holistic integration. More specifically, in the intersection of healthcare and blockchain, security balanced with accessibility should take precedent. Healthcare providers need to take advantage of blockchain technology to enrich care coordination, while empowering individuals to take control of their health journeys and personal data. Allowing only those with the requisite permissions access to medical records will improve data security, trust and transparency,” he said.

“These efforts will be geared towards the implementation of securities using the blockchain, playing towards a significantly larger market. The traditional landscape’s legacy system is outdated, inefficient and costly, a system which DLT solutions could completely redefine,” Cowan added.

“For us, the integration of DLT solutions into the capital markets is the key priority to drastically improve the efficiency and cost-effectiveness of the current legacy platforms and T+2 model. This vision will ensure the democratisation of the markets and the generation of new, affordable avenues for entities to gain access to capital in a compliant manner.”

Goel believes that while governments around the world could introduce decentralization in certain aspects while continuing to largely operate as centralized bodies. He noted efforts by countries such as China and Estonia that are already utilizing blockchain to manage citizens’ healthcare data and create digital identity systems respectively, and added that he expects to see other governments pilot programs in welfare distribution, e-voting and fraud.

“2020 will certainly see further government integration of blockchain technology in order to process large quantities of data between agencies, services and administrative bodies. Distributed ledgers will be crucial to streamlining interaction and information sharing between these entities,” Goel said.

While a number of central banks have been exploring the concept of CBDC for a couple of years now, the announcement of Libra by Facebook could be said to have spurred renewed interest in this area.

Florian Glatz, Co-Founder of Fundament Securities, believes that the digitization of national currencies will continue its momentum into 2020.

“2020 will see the People’s Bank of China launch its digital yuan, and the debate for digitizing the Euro will become more acute,” Glatz said. “Hype and contention around Libra will not abate but actually, help to strong arm governments into developing an alternative. The benefits of Libra certainly won’t be felt on a global level as purported but likely launch in some backwaters where the immediate impact will actually be felt. The G7 will continue to hold steadfast against Libra and the privatization of money throughout 2020 but eventually will cower to central bank digital currencies and stablecoins.”

With reference to bitcoin – the largest cryptocurrency by market cap, Glatz expects the digital currency to break its previous peak.

“Bitcoin will surpass $20,000 in the new year and growing concerns over the surveillance economy drive people to its anonymity and privacy,” he added.

“I believe we will also witness continued innovation in the DeFi space which is accelerating every quarter now, coupled with increased security token issuance and maturation across the board, and, if the market returns to fundraising, it will be a more well-structured mechanism than last time. We are seeing the fruits of many projects’ labour coming to fruition - with a particular focus on using blockchain for climate-impacting solutions - improving efficiency while decreasing carbonisation and power consumption,” he said.

“In 2020, I believe we will see a resurgence of Security Token Offerings (STOs), that are done at scale and in a manner that is regulatorily sound. I also expect to see a growing trend towards increased tokenization and growth in the issuance, trading and settlement of digital assets using blockchain.”

Jae Kwon, CEO and Co-Founder of Tendermint, foresees the advent of the next generation of blockchains, which he described as “a system of independent yet cooperative entities.”

“The ecosystem will be flexible — a multitude of interoperable systems able to fit the contours of the real world rather than the previous one chain to rule them all mentality. Multiple, sovereign blockchain with different applications, political philosophies, and validator sets will be able to interoperate,” Kwon said. “An open, sovereign, secure network of interconnected blockchains, or “Internet of Blockchains,” will emerge from interoperability protocols like Inter-Blockchain Communication.”

He said that there will not be one monopoly or an oligopoly in the next decade, but a vast federation of networks speaking a common protocol for interoperability.

Lane Rettig, Developer Evangelist at Spacemesh, expects to see the launch of a number of ‘third generation’ blockchain projects.

“I predict that 2020 will see the launch of multiple ‘third generation’ blockchain projects, an exciting prospect even if only a fraction of these projects go live next year. The next 12 months will be about continuing to generate momentum with a focus on building essential infrastructure for consumer-facing apps that possibly won’t launch for another few years,” Rettig said.

Jonathan Rouach, CEO and Co-founder of QEDIT, expects that the current arc of growth for Zero-knowledge proof (ZKP) cryptography, a fundamental part of the privacy-enhancing tech industry, will continue in 2020.

In the area of identity management, he explained that ZKP is a highly effective method for proving and validating identities without requiring users to expose their credentials.

“They could also be used for predictive maintenance when high-value equipment needs to be analyzed without sharing vendors’ confidential operational data, or to help institutions track, share and validate professional certifications issued to company personnel while maintaining user confidentiality,” Rouach said. “We are also likely to see broader adoption in the enterprise blockchain space where ZKPs provide an essential privacy layer to help companies harness the full potential of distributed ledger technology. When ZKPs are implemented on top of DLT, sensitive transactional details are kept private and blockchains can be used to mitigate risk and create efficiencies across many industries including supply chain management, insurance, banking, and finance.”

Regulatory authorities around the world have been making efforts to offer clarity and guidance to people when dealing with cryptocurrencies. Forst emphasized on the importance of regulatory clarity for the blockchain industry to progress as a whole.

“Countries with trusted and proven regulatory frameworks will set themselves apart and provide a notable example for nations newer to the fold to also regulate the technology. Significantly, I believe 2020 will be a milestone year for advances in sentiment and regulation in the world’s larger and more powerful nations, such as the U.S, which arguably can no longer turn a blind eye to distributed ledger technology,” he said.

Alexander Schell, Executive Director of the Crypto Valley Association, expects to see momentum building around two major developments that are expected next year – one, the announcement expected from the Financial Action Task Force (FATF) regarding Virtual Asset Service Providers (VASPs) in Summer 2020, and second, the impending Bitcoin halving.

“The CVA recognizes that the FATF’s updated guidance on the treatment of VASPs, which lays out due diligence measures to prevent money laundering and terrorist financing, has posed significant challenges to its members. Increased clarity from the FAFT on its position relating to VASPs globally will be particularly helpful. As the industry focuses on innovation and enterprise adoption, it is imperative that regulators do not implement policy that will create obstacles and stifle the development of the industry,” Schell added.