Bitcoin has rebounded since Monday and traded at $41,511.45 at the time of writing. 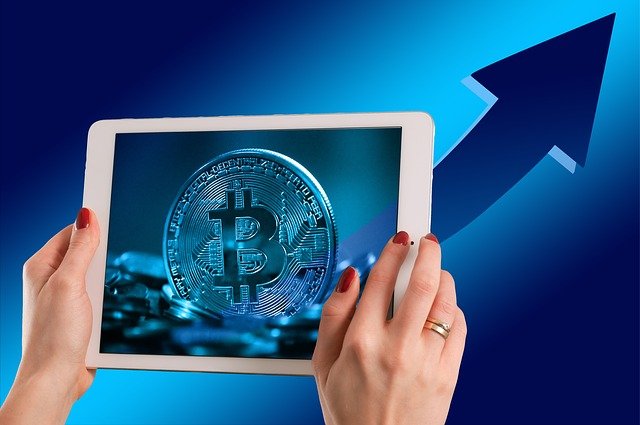 While Bitcoin (BTC) managed to climb above $40,000 last week, the crypto was not able to sustain its upward trajectory and plunged to below $39,000 on Sunday, March 5, 2021. However, various indicators suggest that the crypto has the potential to rebound to $60,000.

Bitcoin’s price decline is partly due to the selloffs across risk-on markets, according to Cointelegraph. BTC’s correlation coefficient with Nasdaq Composite reached 0.87 on Monday which raised doubts over the crypto’s safe-haven status.

However, some on-chain and technical indicators still suggest that Bitcoin has the potential to rebound to $60,000 in the coming months. “BTC's trendline support constitutes a technical pattern called ascending triangle in conjugation with a horizontal resistance level above,” the publication noted. “This setup has been active since December 2020, with the lower level serving as an accumulation area and the upper level acting as a distribution area for traders.”

Another indicator that hints of an upcoming rebound is the rising number of BTC whales. On-chain data from CoinMetrics revealed that the number of Bitcoin addresses holding at least 1,000 BTC soared to 2,266 on February 28 from 2,127 addresses a day earlier.

In the same period, BTC's price climbed from near $38,000 to almost $45,000. As of March 6, the number of Bitcoin addresses was down to only 2,263 even as BTC dropped below $38,000, suggesting rich investors decided to hold their Bitcoin tokens despite the interim downside sentiment.

While Bitcoin plunged to around $38,000 on Sunday after trading above $44,000 on March 2, the number of Bitcoin addresses holding at least 1,000 BTC only dropped slightly to 2,263. This suggests that rich investors are holding on to their BTC despite the crypto’s recent downward trend.

Independent market analyst Johal Miles described the $33,000 to $38,000 price range as an accumulation zone for Bitcoin bulls. “Bitcoin currently resting on the entire range point of control,” Miles tweeted on Sunday. “High volume accumulation zone, a tough order for bears to push through this. Best of luck to them.”

While Bitcoin traded near its six-month low on Sunday, data from crypto analytics service Santiment revealed that BTC's weekly outflow has been positive. This suggests that investors are planning to hold their crypto for the longer term.

“Bitcoin continues to see coins moving off of exchanges while prices are near a 6-month bottom,” Santiment tweeted on Monday. “Interestingly, 21 of the past 26 weeks saw $BTC moving more off of exchanges than on to exchanges. Look for major outflow spikes as price rise indicators.”

Indeed, Bitcoin has rebounded since Monday and already moved past $40,000. At the time of writing, BTC traded at $41,511.45 based on Coinmarketcap data.