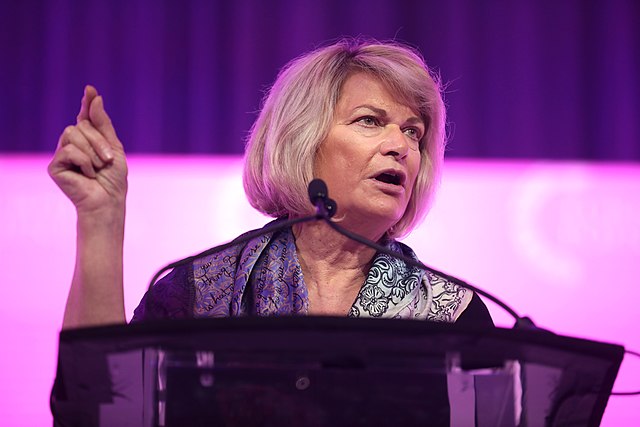 U.S. Senator Cynthia Lummis has recently shown her support for Bitcoin (BTC) and highlighted a few of its advantages. But one important feature about the crypto that she loves the most is that Bitcoin cannot be stopped as governments cannot just confiscate the cryptocurrency.

This feature is particularly handy in countries where the government is unstable and can seize people’s property and homes. “Bitcoin is something the government cannot take,” Senator Cynthia Lummis told Hard Money’s Natalie Brunell in an interview, Bitcoin.com reported.

“For people in foreign countries that are living in places that are very insecure, that is definitely a backstop and something that they can comfortably go to bed at night and know it’s going to be there in the morning,” the senator added.

One of the major concerns in the U.S. these days is rising inflation. The lawmaker views Bitcoin as one possible option to keep purchasing power relatively intact. “I love that it can’t be stopped especially because I’m concerned about our national debt. I’m concerned about inflation,” Senator Lummis said.

“So when we see things that are inflationary, when we see the value of a dollar drop when you go to the grocery store and you come out with one sack of food and used to for the same price come out with two, we really need to look at assets that are going to be there for the long term,” she explained. “That’s why to me it’s actually comforting to know that bitcoin is there.”