More than 100,000 Russian troops have been deployed near Ukraine’s border fueling fears of an imminent invasion. 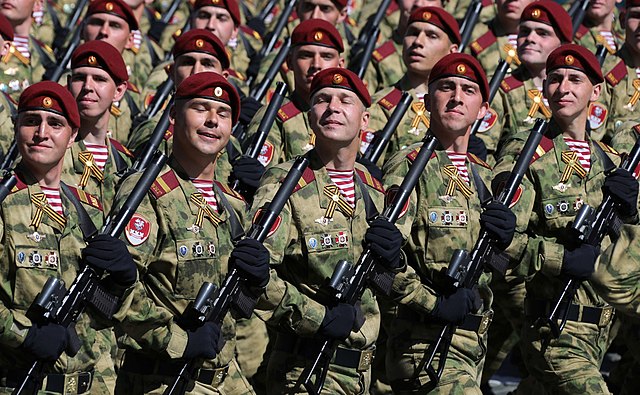 The crypto market has positively responded to the easing tensions between Russia and Ukraine. Bitcoin (BTC) and Ether (ETH) are on the rise after Russia announced that it has pulled out its troops from the border.

The Russian defense ministry said that it will withdraw some of its forces after it completes conducting large-scale drills, BBC reported. More than 100,000 Russian troops have been deployed near Ukraine’s border fueling fears of an imminent invasion.

The defense ministry revealed it plans of recalling its troops near the Ukraine border in a statement on Tuesday. “A number of combat training exercises, including drills, have been conducted as planned,” defense ministry spokesman Igor Konashenkov said.

The easing of tensions between the two countries has buoyed the entire crypto market, according to CNBC. Most cryptocurrencies such as Bitcoin and Ether ended up higher on Thursday.

Russia’s announcement sent Bitcoin rising 4.6 percent to $44,177.34. The crypto only slightly retreated since then and traded at $44,170.59 at the time of writing based on CoinMarketCap data.

Clara Medalie, research lead at crypto market data provider Kaiko, described the price movements as a “natural market surge” after staying “resolutely neutral” for much of last week. “The past month has been bearish for nearly all crypto assets following a prolonged bout of low liquidity and macro-induced volatility,” she added. “It remains to be seen whether this upside break has conviction, with bitcoin still trading nearly $20,000 below previous all-time highs.”

Meanwhile, Valkyrie Investments CEO Leah Wald remains bullish on crypto and expects a rally to happen later this year. “Fundamentals including active wallet addresses, total transactions, and multiple crypto asset apps ascending to the top of app store download charts after the Super Bowl shows there is still strong interest in and demand for bitcoin and altcoins,” she explained. “We remain firmly bullish and stand behind our belief that the second half of this year is likely to see a strong rally in digital assets including bitcoin.”