President-elect Joe Biden is reportedly considering as his new Secretary of Commerce. 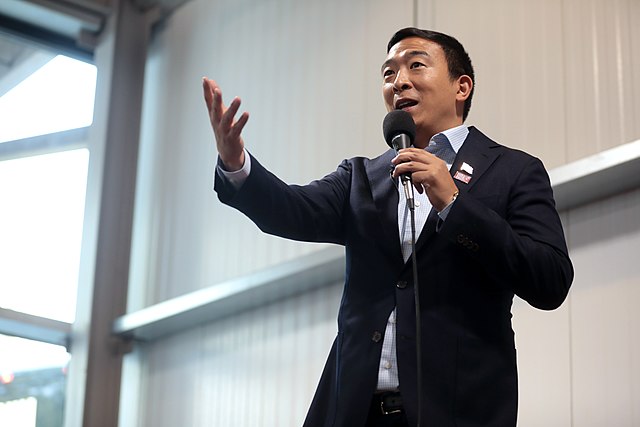 President-elect Joe Biden has already revealed key members of his foreign policy and national security teams as well as those who will man the top posts in his administration. But what got cryptocurrency enthusiasts excited is the person that Biden is considering as his Secretary of Commerce, as he is someone known for being crypto-friendly.

In an announcement on November 23, 2020, Biden revealed several names for the key posts in his administration. For instance, Antony Blinken is his choice for Secretary of State, Alejandro Mayorkas as Secretary of Homeland Security, Jake Sullivan as National Security Advisor, and Avril Haines as Director of National Intelligence, CNN reported.

The report also revealed Biden’s bet for Secretary of Commerce. The President-elect might be tapping the entrepreneur and former 2020 Democratic presidential candidate Andrew Yang to man the post.

During his campaign, Yang is known for his idea of giving every U.S. citizen $1,000 every month as a universal basic income. In February, he joined CNN as a political commentator after his campaign ended.

Andrew Yang is considered to be one of the most pro-cryptocurrency presidential candidates back then, according to Cointelegraph. During his campaign, he outlined plans for regulating the crypto industry and even planned to implement a blockchain-based mobile voting system.

When his campaign ended, Yang already hinted that he might be involved in Biden’s cabinet. He revealed in an interview in August that he spoke with Biden about “a new position that doesn’t exist yet [...] around technology and innovation.” However, he did not mention being Biden’s choice as Secretary of Commerce at that time.

Should the Secretary of Commerce position eventually go to Yang, he will be representing U.S. businesses in Biden’s cabinet, a role that would befit the entrepreneur. It will also mean that the already proposed bills on blockchain technology would also become his responsibility.

Given his past pro-crypto stance, Yang's appointment to the post would be good news to the industry. “If selected and confirmed, Andrew Yang as Secretary of Commerce could be a step towards more pro-crypto views in the U.S. government,” Cointelegraph added.