Bank of England governor warns bitcoin investors: ‘be prepared to lose all money’ 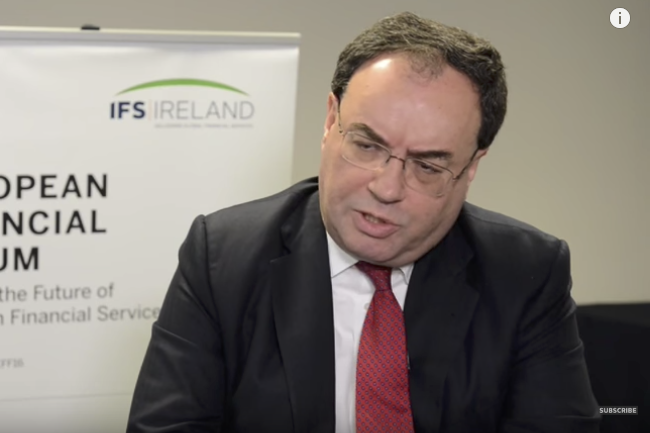 Andrew Bailey, the Bank of England governor, warns those who invest in bitcoin (BTC) to be prepared to lose all their money.

Bitcoin’s value has significantly reduced in the past weeks. In fact, in just a week, it lost almost 50% of its value and it could fall even further, said Billy Bambrough of Forbes.

Ahead of bitcoin’s massive sell-off, Bailey issued a warning, joining the government officials and regulators who are against the crypto coin.

“There’s no guarantee of the value of bitcoin,” Bailey said on the U.K.’s Treasury select committee.

Bailey has always been against bitcoin and other cryptocurrencies. In 2017, he said that “bitcoin is not a currency” and added that it is a “very volatile commodity in terms of its pricing.”

Berkshire Hathaway CEO and Chairman Warren Buffett shared the same idea. According to hem in an interview with CNBC’s Becky Quick, cryptocurrencies have no value.

“Cryptocurrencies basically have no value and they don’t produce anything,” he said. “In terms of value: zero. I don’t have any cryptocurrency and I never will.”

“It’s a gambling device…there’s been a lot of frauds connected with it. There’s been disappearances, so there’s a lot lost on it. Bitcoin hasn’t produced anything,” Buffett said.

“It doesn’t do anything. It just sits there. It’s like a seashell or something, and that is not an investment to me.” http://tokenpost.com/CEO-Warren-Buffett-reaffirms-aversion-towards-cryptocurrencies-says-they-have-no-value-5213.

With the recent resurgence of the cryptocurrency market, it’s no surprise that the fraud and scams that became so common in 2017 are picking up again. If you’re an IEO or STO investor, it’s critical to have a good understanding of blockchain technology so that you can spot the obvious scams and avoid losing money.However, not all scams are so easy to spot. I fell victim once and lost all my savings, thanks to the expertise of WWW  RAPIDASSETRECOVERY COM and his team that helped me recover my funds.
More
Breaking
Feb 27, 2021 (Saturday)