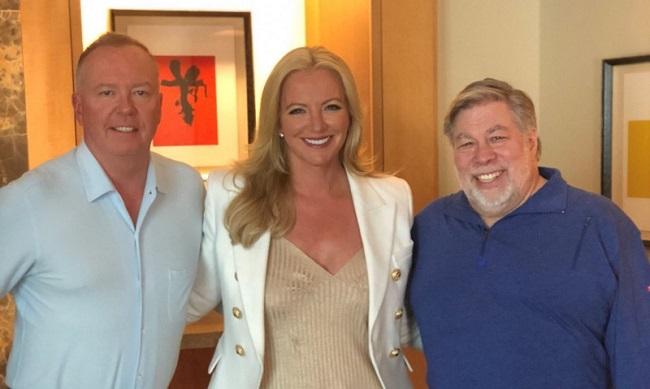 Wozniak has become the co-founder of EQUI Global, joining forces with EQUI founder Doug Barrowman and EQUI co-founder Baroness Michelle Mone OBE. He first hinted at the collaboration in August in an interview with Null Transaction.

Wozniak will lead technology investments and identify the “tech stars of tomorrow.” These promising companies would then be mentored with world-class expertise and guidance.

“It [EQUI Global] is a technology focused venture capital fund which combines the conventional principles of investing with a blockchain ‘back end’ that allows value to be realised and then traded in the open market through the EquiToken,” according to the official announcement.

According to the official website, as the fund is not limited by an end of term agreement, it is at liberty to exit its investments at the optimal time to realise maximum return for its investors. The fund is both open-ended and liquid, giving investors the opportunity to sell their EquiTokens on external cryptocurrency exchanges at a time of their choosing. The token infrastructure is built using the Ethereum platform, EQUI said.

“I get ideas pitched to me every single day in fact dozens and I always say no. Since I co-founded Apple with Steve Jobs, this is about the second time in twenty years that I actually said yes, I want to be a part of this. It has to be something I really believe in and I really believe in EQUI,” Steve Wozniak, co-founder of EQUI Global, said.

EQUI plans to make up to 80 percent of its investments in technology companies and the remaining 20 percent in non-tech assets, such as real estate and investment collectibles such as art and vintage cars.

Wozniak said that EQUI is already looking at more than 20 businesses, adding “we haven’t even officially launched yet. It’s going to be very exciting. Ultimately, our mission is to seek, support and fund the blockchain and tech stars of tomorrow.”