The country’s central bank is known for its anti-crypto stance and blamed crypto trading for causing problems to the country’s citizens such as in the case of scams and has recommended their closure. 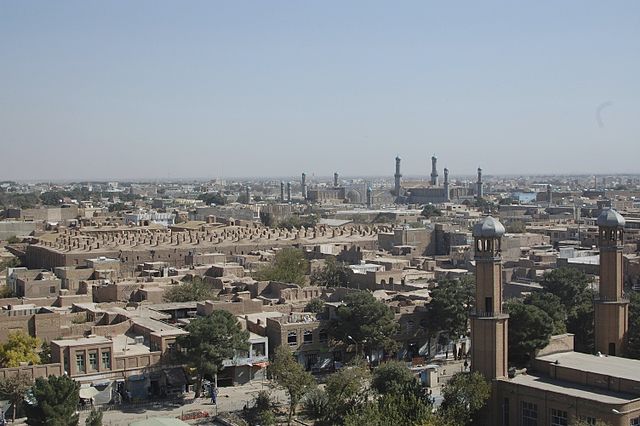 More than a dozen crypto exchanges in Herat, Afghanistan were shut down by authorities who also detained their operators. The move comes after a ban on online foreign exchange was introduced, which now appears to have been extended by the Taliban to include crypto trading.

Afghan police have shut down a number of crypto exchanges in Herat in the past week, according to Bitcoin.com. The report added that at least 16 platforms trading digital currencies have been shuttered by authorities.

The country’s central bank is known for its anti-crypto stance. The monetary authority blamed crypto trading for causing problems to the country’s citizens such as in the case of scams and has recommended for their closure.

“Da Afghanistan’s Bank (central bank) stated in a letter that digital currency trading has caused lots of problems and is scamming people, therefore they should be closed,” head of the counter-crime unit of the Herat police Sayed Shah Sa’adat said, according to ArianaNews.com. “We acted and arrested all the exchangers involved in the business and closed their shops,” said Sayed Shah Sa’adat, head of the counter-crime unit of Herat police.”

Herat Money Exchangers’ Union head Ghulam Mohammad Suhrabi also expressed support for the ban on crypto trading in the country. He explained that the country’s citizens are not very familiar with digital currencies making a very risky move on their part if they decide to invest in digital currencies such as Bitcoin (BTC) and Ether (ETH) considering the fluctuating prices.

“Digital currency accounts are outside the country and are purchased from the companies,” Suhrabi said. “Our people are not familiar with it, so it is better not to use it. This currency is new in the market and has high fluctuation [rates].”

In a report by Bloomberg in late June, the Afghan central bank declared online forex trading as against Islam and decided to ban it. “Da Afghanistan Bank considers online forex trading illegal and fraudulent, and there is no instruction in Islamic law to approve it. As a result, we have banned it,” a bank representative said.