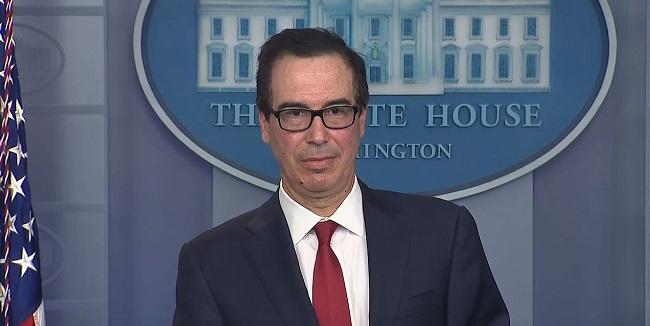 In a press conference on Monday, Mnuchin said the social media giant’s planned digital currency “could be misused by money launderers and terrorist financiers” and that it was a “national security issue.”

“Cryptocurrencies such as bitcoin have been exploited to support billions of dollars of illicit activity like cyber crime, tax evasion, extortion, ransomware, illicit drugs and human trafficking,” he explained, adding that he is “not comfortable” with the proposed Libra launch and that Facebook still has tons of work to do.

Although Mnuchin said that the U.S. “welcomes responsible innovation,” he warned that all crypto transmitters should comply with the Anti-Money Laundering (AML) and Bank Secrecy Act (BCA) and register with the Financial Crimes Enforcement Network (FinCEN) to uphold the integrity of the country’s financial system and protect it from abuse.

The comments came after President Trump said that he is “not a fan” of cryptocurrencies because they are “highly volatile and based on thin air” and that “unregulated crypto-assets can facilitate unlawful behavior, including drug trade and other illegal activity.”

Mnuchin admitted that the President has some concerns related to bitcoin and cryptocurrencies, noting that “those are legitimate concerns that we have been working on for a long period of time.”

In response to the recent statements, Facebook told CNBC that it has been anticipating “critical feedback from regulators, central banks, lawmakers around the world.” It also further noted that Libra was announced a year prior to its launch date “so that we could have those conversations.”

Notably, Facebook’s response has been continually reiterated and emphasized by David Marcus, head of the network’s crypto wallet Calibra. In the opening statement released by the United States Senate Banking Committee, Marcus said that he is expecting this to be the “broadest, most extensive, and most careful pre-launch oversight by regulators and central banks in FinTech’s history.”