Shenzhen distributed a total of 10 million digital yuan to 50,000 residents as part of its promotion of the cryptocurrency. 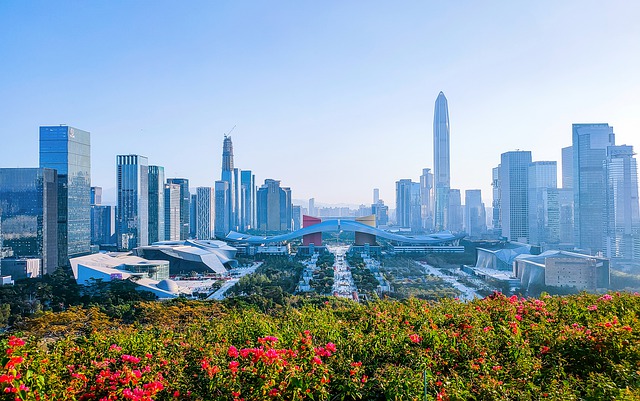 Image by Charlottees from Pixabay

China is well ahead of its peers in the CBDC race with the digital yuan already being tested in major cities of the country. To further boost the usage of the government-back cryptocurrency, the Chinese city of Shenzhen is giving away a total of 10 million digital yuan to some of its residents.

Shenzhen distributed a total of 10 million digital yuan, worth around $1.5 million, to the public over the weekend, Cointelegraph reported. The pilot program is done in collaboration with the Chinese central bank with the aim of promoting the newly minted cryptocurrency.

The program was funded by Shenzhen’s Luohu District. The lucky recipients were selected via lottery from the list of citizens who were able to apply online on October 9.

A total of 50,000 Shenzhen residents were chosen as recipients of the giveaway pilot program, Bitcoin.com reported. The winners received “red packets” or gift envelops used in China during holidays and special occasions that contained a 200 yuan of the cryptocurrency.

The winners can use the digital yuan as payment for purchases made at any of the 3,389 designated shops in Luohu district from October 12-18. Shenzhen is known for its vibrant shopping scene and is a favorite destination for tourists looking for a bargain.

However, the digital yuan prize can only be used for purchases and cannot be transferred to another person nor sent to one’s bank account. Any unused amount after the October 18 deadline will be taken back from the winners.

Experts believe that each digital yuan will generate more sales due to the multiplier effect. “A back-of-the-envelope calculation would suggest that this 10-million-yuan programme will generate at least 50 million yuan in total demand,” Hang Seng Bank (China) chief economist Dan Wang said.

Usage of China’s CBDC, also known as the Digital Currency Electronic Payment (DCEP), has soared in recent months. DCEP wallets processed 1.1 billion renminbi, which is around $162 million, in transactions during the five-month period between April and August, according to PBoC’s deputy governor Fan Yifei. The official added that there are now 8,859 corporate and 113,300 personal digital wallets for the digital yuan.

I am a cryptocurrency trader and i make over 200% daily, If you are interested,i can teach you how to trade and also help you achieve your goal in life with crypto i can turn
$4500 into $35000 in less then four weeks,now that bitcoin has low prices...please note that cryptocurrency trading is bitcoin unlike binary and Forex,bitcoin is traded for altcoins also you can reach to me if you are new to bitcoin and to give you more info and guideline on how to invest smartly, this is opportunity life time knocking on your door ???? inbox me for more info....contact me on WhatsApp +1(206)-742-5358
More
Breaking
Feb 27, 2021 (Saturday)