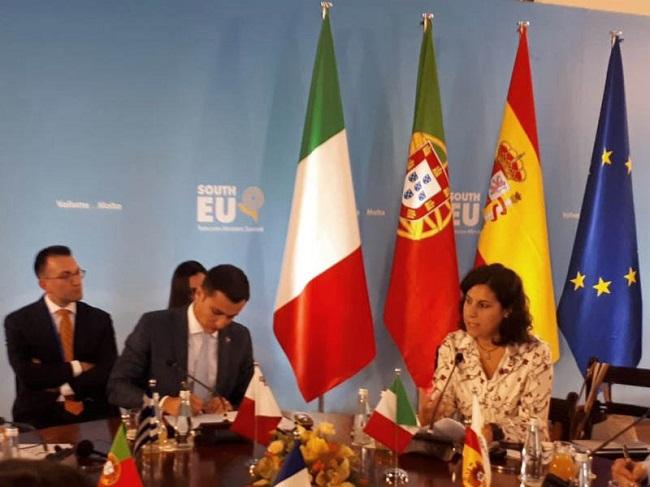 Seven European countries this week signed a Memorandum of Understanding (MOU) for cooperation and sharing of knowledge in the area of distributed ledger technologies.

The group of seven countries, called the “Mediterranean seven” or “MED 7,” met in Malta on October 02 for the South EU Telecommunications Ministers Summit. The key focus was on the crucial role of emerging technologies for the development of the Mediterranean area.

Participating countries include France, Italy, Spain, Malta, Cyprus, Portugal, and Spain. The countries previously signed a declaration to foster the use of DLT beyond cryptocurrencies in December 2018.

Addressing a press conference at the summit, Malta’s Parliamentary Secretary for Financial Services, Digital Economy and Innovation Silvio Schembri said that the signing of the declaration in December was “a clear evidence of a sense of acknowledgment of this emergent industry.”

“Today’s initiative of a Memorandum of Understanding takes us a step further, it marks our commitment, as the seven EU Member states, to establish a framework for the sharing of best practices in the design and application of DLT at a governmental level. This framework will help us as a region, to achieve the maximum potential of such technologies and enable us to enhance the daily lives of our citizens,” he added.

Malta Independent reported an Expert Group will be set up comprising of a member and alternate member for every participating country to discuss the mentioned initiatives.

In attendance was Italian Undersecretary of State at the Ministry of Economic Development, Mirella Liuzzi, who said that blockchain and DLTs can be a “driving force to promote the specificities of our territories and protect our products from fraud and counterfeiting.”

“It is therefore crucial for the countries of Southern Europe to know, study and address the issue of emerging technologies, to share experiences and implement initiatives to attract public and private investments in our region. Italy is a candidate to be a leading country in the adoption of these technologies and for this reason, we intend to organize a next MED7 Summit in Italy, in the city of Bari, in February next year,” Liuzzi added.

Earlier this year, the International Association for Trusted Blockchain Applications (INATBA), an initiative supported by the European Commission (EC), was officially launched in April with the notary deed signed by 105 founding members. It aims to bring together various stakeholders to support the mainstream adoption of blockchain and Distributed Ledger Technology (DLT) across multiple sectors.