DigiFinex Korea, a leading digital asset exchange, has been selected as SCOPE’s debut stage where security is key to business 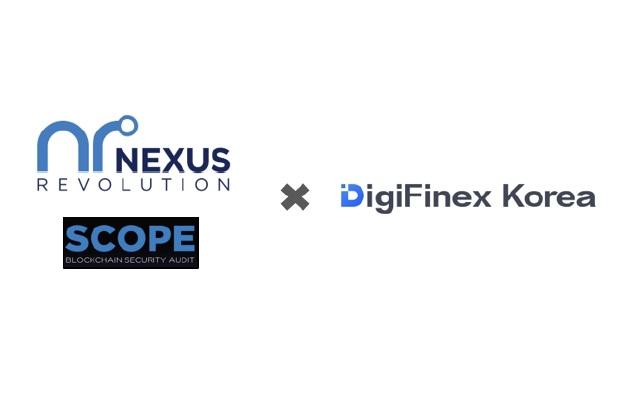 Nexus Revolution Holdings Ltd., a blockchain-based business solution provider, has announced the debut of its own-developed blockchain smart contract audit solution. The product is called, “SCOPE”. In agreeing on the new partnership with DigiFinex Korea, a globally leading digital asset exchange, SCOPE’s first task will be to audit all smart contracts on the trading platform. SCOPE will diagnose the security of new tokens and coins previous to their listing, and provide a smart contract database to support DigiFinex Korea in building a safer, secure and trustworthy business.

How does SCOPE work?

SCOPE’s audit process consists of three stages: Static Analysis, Hybrid Analysis, and Fraud Detection. Static Analysis is performed on source codes of a smart contract without execution and it is adopted by most competitors as a major audit function because of its speed and efficiency. In addition to Static Analysis, SCOPE performs Hybrid Analysis based on an optimised Dynamic Analysis. Dynamic Analysis detects errors through simulation against possible attacks. This leads to more accurate and comprehensive analysis. SCOPE’s Hybrid Analysis has merits of both Static and Dynamic, achieving efficiency and the rigours of an inspection. Further, SCOPE not only detects errors from the codes of smart contract but also prevent other possible malicious approaches to blockchain system by monitoring frauds and money laundering activities based on its database. With the three stages of auditing, SCOPE provides a complete blockchain security solution.

DigiFinex Korea receives multiple bids from a variety of prospective blockchain projects. One of SCOPE’s roles is to double-check the security level of the new tokens and coins before they are listed. Based on the level of security, SCOPE provides a rating score of each project as a criterion for the user’s judgement on the project. Further, SCOPE is tasked with detecting malicious wallet addresses and establishing a smart contract database as a means to make the exchange platform secure by enhancing its capability of managing disguised threats and malicious smart contracts.

In addition to SCOPE actively working on the DigiFinex Korea exchange platform, Nexus Revolution, in the first quarter of 2020, is expected to present its Anti-Money Laundering (AML) solution to fulfil the given standards on money laundering by Financial Action Task Force (FATF). Nexus Revolution’s AML solution will provide the whitelist based AML solution, utilizing DigiFinex Korea’s database and SCOPE’s own unique database. This will be in full compliance with the “Crypto Travel Rules” making transactions on DigiFinex Korea clearly traceable.

Implementation will expand to DigiFinex Global where SCOPE is expected to manage much larger smart contracts and fraudulent use cases.

Nexus Revolution Holdings Ltd., formerly LIN Arena, creates proprietary solutions that are not otherwise available by leveraging its established and respected industry reputation. It has a unique ability to assist blockchain projects and businesses stand above the noise and minimise risks based on the team’s unique experience and knowledge in cybersecurity.