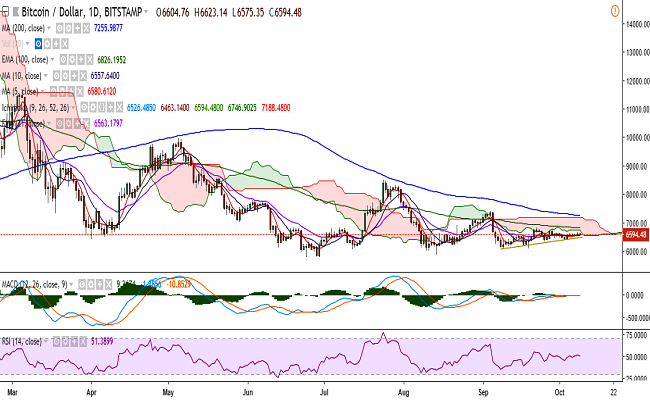 In a new study, Juniper Research, a UK-based market research company, has said that it expects the value of annual Bitcoin transactions to slide further from the latter half of next year.

The study, The Future of Cryptocurrency: Bitcoin & Altcoin Trends & Challenges 2018-2023, pointed out that daily transaction volumes had also fallen from an average of around 360,000 per day in late 2017 to just 230,000 in September 2018. Meanwhile, daily transaction values were down from more than $3.7 billion to less than $670 million in the same period.

Despite favorable conditions such as the weakness of a number of major fiat currencies, continuing uncertainty around Brexit outcomes, and ongoing trade disputes between the US, China and the EU, bitcoin price has failed to recover, Juniper noted. The report said that if the cryptocurrency cannot gain from such favorable circumstances, then it is unlikely to prosper as and when these issues are resolved.

According to the study, the crypto market is not only adversely impacted by the restrictions and criminal investigations from national and state governments, but also by the advertising bans introduced by leading social media companies, including Google and Twitter. In addition, the ability of “casual investors” to buy Bitcoin had been hampered by the decision of many financial institutions to prevent purchases via credit cards.

The report further cast doubts on the longer term prospects for Bitcoin, due both to closer regulatory scrutiny and, ultimately, the rationale behind its valuation.

“Bitcoin has no intrinsic value. Like any asset, it is worth whatever someone is prepared to pay for it, but it has no meaning or existence beyond the confines of the ledger. It is a bubble, and there is a strong possibility that this bubble could burst in the near future,” report author Dr Windsor Holden said.