Jefferies will soon join the increasing list of institutions that include BTC in their portfolios. 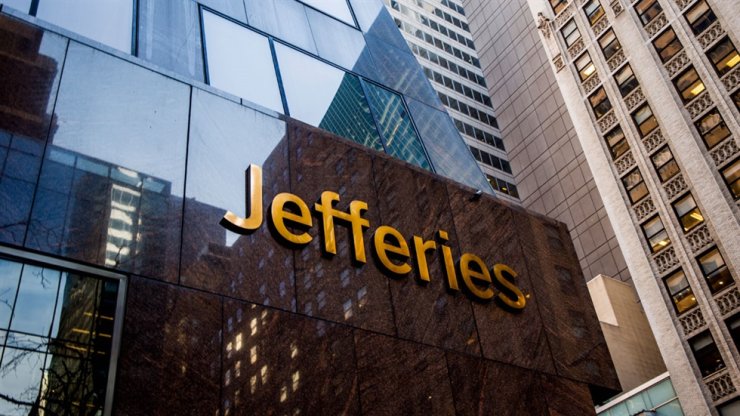 Bitcoin’s recent rally has made the crypto increasingly popular among institutional investors who are starting to view the token as an inflationary hedge. Another investment firm joins the fray with its announcement that it plans to reduce its gold exposure in favor of BTC.

Christopher Wood, the global head of equity strategy at Jefferies, announced that the firm plans to reduce its exposure in gold for the first time in years, Coindesk reported. He added that the investment firm plans to use the proceeds from unloading a portion of its gold holdings to purchase Bitcoin for its U.S. dollar-based pension fund.

At the moment, physical gold comprises 50 percent of the fund’s portfolio, according to Bitcoin.com. Meanwhile, Asia ex-Japan equities account for 30 percent and the remaining 20 percent is composed of unhedged gold mining stocks.

With the planned changes to the pension fund’s portfolio, gold will be reduced from 50 to 45 percent while both equities and mining stocks remain the same at 30 and 20 percent respectively. The remaining 5 percent will now be composed of Bitcoin.

Wood also hinted that the firm might even increase its Bitcoin holdings in the future. However, this will likely happen only if BTC’s price drops significantly from its current level. The crypto is trading above $23,000 at the moment.

“The 50 percent weight in physical gold bullion in the portfolio will be reduced for the first time in several years by five percentage points with the money invested in bitcoin,” Wood explained. “If there is a big drawdown in bitcoin from the current level, after the historic breakout above the $20,000 level, the intention will be to add to this position.”

Despite the firm’s decision to reduce its gold bullion, Wood remains bullish on the precious metal and expects it to eventually recover. “The yellow metal should rally again if the Fed stays dovish in the face of the dramatic cyclical recovery that is coming on the other side of the pandemic, in line with greed & fear’s base case,” he added.

Goldman Sachs believes that Bitcoin’s rising popularity will not threaten gold. “Gold’s recent underperformance versus real rates and the dollar has left some investors concerned that bitcoin is replacing gold as the inflation hedge of choice,” the bank’s strategists wrote in a note on Thursday.

Its been amazing trading with liam sophia, someone with great skills,knowledge and transparency about trading at uncertain time like this,I have been keeping up with full profits and easy withdrawal with no complain, you can also contact her if you need help on how to recover your lost funds from scam brokers feel free to contact her today via; [email protected] or you can also message her on WhatsApp +1 (814) 503-0528.
More
Breaking
Feb 21, 2020 (Friday)