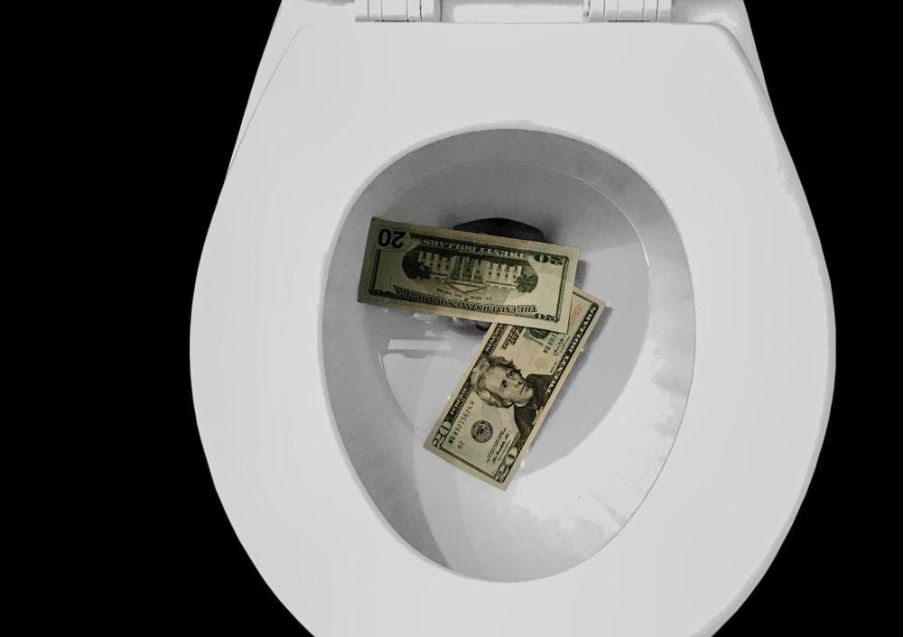 Staring into the face of fiat devaluation and currency destruction, big investors are turning towards crypto.

Recoinage, or the process of changing currencies, is something that the world is familiar with. Something that has happened regularly since the evolution of currency-based trade systems themselves. Currencies generally undergo change dependent upon a number of factors– available resources, changes in value, and global trade systems are just a few. As our habits, needs, and resources change over time, our currency also changes in order to better reflect our current circumstances.

Much like the United States no longer uses a Gold Eagle, the UK has shrugged off their Crown, Spain no longer holds doubloons and Germany hasn’t even seen a mark in decades, it appears that once again, the world is beginning to shift the face and purpose of its currencies. Digital currencies are surely becoming king, but thanks largely to the ongoing devaluation of fiat and long-term value manipulation of an unsustainable system– it may be crypto that comes out as king. Businesses, massive institutional interest, and retail investors alike are all flocking to their favourite crypto trading platform in droves. Hoping to get a stake in the revolution that by all estimates– has already begun.

In the United States, 1971 brought about some pretty incredible changes to economic policy. Changes that certainty set a standard for the US currency system, albeit, not the gold standard. In that year, Richard Nixon unveiled “Nixon Shock”. While departure from currency convertibility to gold was not necessarily a novel concept, when it was employed in the past, once economic hardship was overcome, the country in question resumed the gold standard or a semblance of it within the trade market. However, since 1971, the US never again returned to the gold standard, and an entirely new system of fiat was born. Both in the United States and the world.

Since then, the global economic system has become a lesson in devaluation of fiat through consistent inflationary processes spurred by centralized banks. Deutsche Bank Strategist Jim Reid was quoted as saying that the fiat system “is inherently unstable and prone to high inflation”, making it an unsustainable paradigm in which we hang longevity. If that doesn’t sound hypocritical enough, taking a look at why the system is essentially built to fail– and currently failing– is more than enough to provide ample support for anyone to send their investments elsewhere.

Using fiat systems– systems that instead of being backed by tangible commodities (like gold or silver) are supported by issuing governments– essentially requires that inflationary practices be enacted in order to keep a tenuous grasp on a stable economy, one that usually leaves citizens footing the bill. Largely because the hallmark of a healthy economy is in fact, deflation. As more working age individuals enter into a labor force, the price of goods and materials drop. Couple this with a healthy global trade system and innovations in technology– and cost of living in its entirety should decline. Allowing wages to stabilize and everyone to live comfortably.

However, despite this being the natural progression of a healthy economy, policy makers and governments see it as an opportunity to increase money supply through quantitative easing methods and wonton money printing while still giving the illusion of stable prices. So despite the value of goods dropping and wages stabilizing, prices stay the same, creating a compounding inflationary fiat market. Because prices should decline, inflationary indices should reflect a negative change. Say by -2% each year. With prices staying at 0% inflation, or a low-end 2% inflation, this is actually anywhere from 2-4% inflation– which then compounds year on year.

Some believe that because these deflationary events (such as a greater work force, enhanced production, or lower cost of global trade) are declining, this tenuous grasp on stability could slip, spelling the end of the road of the fiat. Creating a hyperinflation event, such has been seen in places like Venezuela or Nigeria and South Africa. What many institutional investors have noticed is that the populations of countries that have long suffered from crippling inflation, fiat devaluation, or political instability, have all turned to cryptocurrencies– Bitcoin in particular– in order to better secure existing assets. And it’s worked.

This habit of selling off devaluing currency is also nothing new– as seen in 1920s Austria and Germany, when foreign citizens began to limit exposure to the paper mark and crown by buying up currencies that could be freely converted to gold at that time. Just as Tesla stocks crumble, the pound, euro, and dollar slowly but surely lose purchasing power, and crypto markets rebound far more quickly than any other legacy market in mid-2020, seem to be indicating now. Specifically, as legacy financial institutions like Visa, MasterCard, and even JP Morgan begin to sing the praises of crypto– creating avenues of engagement not only for themselves, but also any customers who care to pay attention.

Which may be a solid reason why institutional interest in Bitcoin has surged in the last year, with big names in the financial industry admitting to their new found appreciation for the digital currency. Let alone the seemingly swift and fervent race for nations to create their own central bank digital currencies (CBDC). For anyone curious enough to look, movements within DeFi tech have already begun to create useful (and incredibly familiar) infrastructure for financial engagement in crypto. Paying close attention to scalability and creation of traditional financial instruments. Which may be the signal that fiat is indeed faltering and the slow inflationary collapse of legacy currency has already begun.

02:30
Crypto Market Sentiment On Jul 09: Market In "Extreme Fear"
Read more
Popular news
1
MicroStrategy won’t sell its Bitcoin stash as it is the best defense against inflation
2
Countries might start acquiring Bitcoin as a form of insurance, says Fidelity
3
Bitcoin investment allowed Canadian restaurant chain to expand even during the pandemic
4
Bitcoin could reach $100K as it transitions from a risk-on to a risk-off global store of value
5
Crypto exchange Gemini adds wealth management services with its acquisition of BITRIA
6
Bitcoin could soar to a new all-time high this year fueled by institutional demand
7
Niederhoffer sees Bitcoin as the ultimate inflation hedge that could soar to $100K in 2022
8
Crypto can be a small part of one’s investment portfolio, says Dave Ramsey
9
Crypto exchange Bitfinex appears to be closing its Ontario operations
10
68% of American crypto investors started in 2021, says Huobi survey
Subscribe to the TokenPost newsletter!
Don't show me this again today.