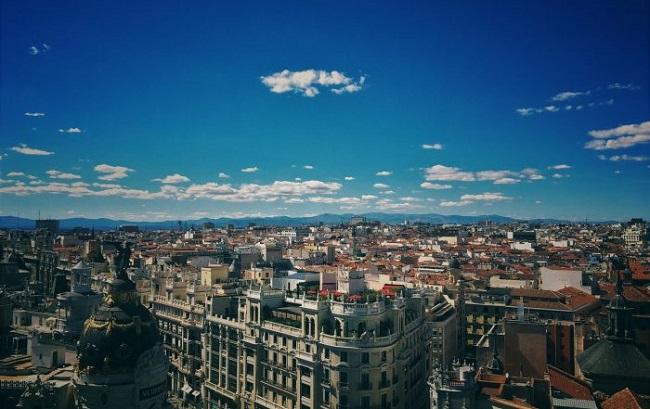 In an online post, the bank revealed that it first partnered with Bitbond last year and created the technical structure for its own crypto custody business. It has already successfully completed the first custody transactions.

As of January 1, 2020, the crypto custody business has been incorporated into the German Banking Act (KWG) as a separate financial service. With this, crypto custody providers are required to receive permission from the German Federal Financial Supervisory Authority (BaFin) to offer the custody of crypto values ​​to German investors.

“As part of the grandfathering advertised by BaFin, the von Heydt Group now has a preliminary license under the new, significantly more demanding legislation and hopes to be one of the first banks to offer its customers legally compliant custody of crypto values ​​in Germany in 2020,” the bank said (via online translation).

CoinDesk reported that the bank is planning to launch a special-purpose euro-pegged stablecoin pegged that would help facilitate private placements in tokenized securities. In collaboration with Bitbond, it aims to integrate tokenization into its established securitization platform.

von der Heydt plans to leverage the Stellar blockchain to tokenize securities, which it would offer to institutional clients via private placements. The tokenized equity could be purchased using the euro stablecoin and securely stored in the custody solution jointly developed by Bitbond and von der Heydt last year.

In addition, clients would be able to easily convert euros into stablecoins, which could also be stored in the bank's custody solution.

"Digital euro payments will happen much faster, there will be a real-time, on-chain DvP (delivery versus payment of securities) and the bank doesn't need to involve a third-party paying agent but can provide everything independently," Bitbond founder and CEO Radoslav Albrecht told CoinDesk, adding that a production version will is slated to be deployed in April.

The bank’s Managing Director Philipp Doppelhammer revealed that they have been watching the blockchain space with regards to financial service solutions for quite some time.

“We are therefore very pleased that asset tokenization is now ready for the market from a regulatory and technological perspective and hope that, as one of the first providers of digital asset custody solutions in the market, we will gain a decisive strategic advantage over large and less agile universal banks,” he said.

In a press release, the bank said that the combination of securitizations, stablecoin and crypto storage services will allow it to offer “the largest part of the value chain for the issuance of securitizations and bonds from a single source. Customers benefit from faster and more transparent processes - and from the security that a fully regulated bank offers.”

More banking partnerships in the pipeline for Bitbond

Albrecht said that the company was in the process of working with several banks and Bankhaus von der Heydt is the first among them.

“We are working with several banks and financial intermediaries on various projects in the field of tokenization and custody of digital assets,” he said. “We are particularly pleased to cooperate with von der Heydt, as the bank is one of the first to use blockchain technology in the area of securitization and private placements. We assume that many banks will follow this example. It is an honor to be able to work with such a proven industry expert.”

Last year, Bitbond became the first company to receive BaFin’s approval to issue a tokenized bond. In May, it commenced a security token offering (STO), targeting a $3.9 million raise.

Have you gotten your bitcoins stolen from your wallet or invested in an ICO that turned out to be a scam? you are not alone because this happened to me too. I initially lost GBP257,000 in just three months from Cryptoallday and a couple of others. I contacted the authorities and they referred me to recoverywealthnow360 on google mail who helped me recover all my funds within 2 days. I’m speaking up to improve awareness of these cryptocurrency thieves and help as much as i can to reduce victims to the bearest minimum.

Last year December I was contacted by a broker who convinced me to invest into Cryptoallday. I made an initial investment of € 190,00 and they asked for € 14,500 more in order to access my withdrawal. I followed their instructions and made another deposit. For 2 months now I have been trying to contact Cryptoallday but I got no response. I talked to my friends and colleagues about it and luckily for me a friend of mine just got out of a situation like that and introduced to a wealth recovery team that helped her during her investment problem, within 3 days of contacting them they were able to help me get 100% of my lost money back. They only got paid after the recovery and I had no problem with giving them 10% from the recovered funds after I got it back. You can reach out to them for more insight.
Bitcoinretrieval2018 gmail com / WhatsApp: +1 (347)201-0316

Good advice to anyone, stay far away from binary options trading. All these binary options and cryptocurrency companies are scams, I lost a total of $196k usd. Things have turned good for me, being that I was able to recover my investments thanks to Recovery Pro. You can mail me if you are interested in the means I used to get my money back. Rachelmillr4 {at} gmail dot com
More
Breaking
Feb 21, 2020 (Friday)