To maintain its economic and geopolitical edge, the U.S. should take the lead in adopting Bitcoin as a reserve ahead of its peers. 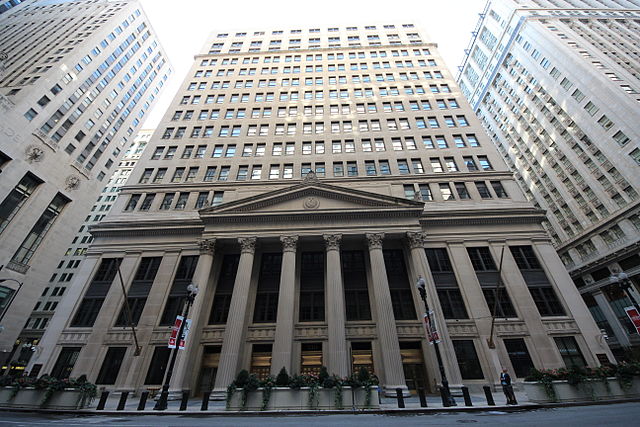 The crypto market’s rally came as corporations started to hoard Bitcoin in their treasuries as a hedge against inflation. However, Zabo co-founder Alex Treece argues that, aside from companies, the U.S. Federal Reserve should hold BTC as a reserve asset as well.

“The United States will adopt bitcoin as a reserve asset,” Alex Treece wrote on Coindesk. “Why? Because it is unequivocally in U.S. strategic interests to do so.” Treece is the co-founder of Zabo, a platform that allows easy connection between any crypto wallet to any app.

Treece believes that it’s only a matter of time before the Fed realizes that it is in the country’s best interest to invest in Bitcoin. “The question is not if this will happen, but when,” he said. “Whether it happens within 12 months, two years, five years or 10 years will have major implications for U.S. positioning for decades. Failure to embrace bitcoin sooner rather than later will damage U.S. strategic interests and benefit rivals adopting it first.”

While some countries such as Nigeria and India currently appear to be anti-Bitcoin, he believes that the situation could “ultimately reverse, potentially within the next 12 months” due to economic incentives. “In the near term, there exists an irresistible arbitrage opportunity for a country silently to accumulate a bitcoin position and later announce its holdings,” Treece explained.

Once a country announces its Bitcoin position after this silent accumulation phase, others would scramble to get a piece of the action. “Bitcoin being adopted as a sovereign reserve asset… would send an ultra-bullish signal and vaporize doubts among traditional investor holdouts, including other central banks,” he added. “The resulting adoption acceleration would bestow huge windfalls for early adopter countries who managed to accumulate early in this transition.”

The U.S. has been using the dollar’s status as the global reserve currency to project its power and impose sanctions on its adversaries. Naturally, rival countries such as China and Russia are wary of the U.S. monetary hegemony and have been trying to create alternatives to the dollar-based international monetary system. Bitcoin’s rise to prominence could fit the bill.

“As bitcoin continues to gain adoption and becomes a global reserve asset, it will be thrust into this great competition between nations,” Treece wrote. “If America’s rivals embrace bitcoin first and take advantage of the reserve asset arbitrage, not only will they secure a once-in-a-generation economic windfall, they will also be in a position to damage U.S. foreign policy and strategic interests.”

To maintain its economic and geopolitical edge, the U.S. should take the lead in adopting Bitcoin as a reserve ahead of its peers. “This includes being one of the first to adopt bitcoin as a reserve asset and doing everything possible to ensure the U.S. continues to be the home for many of the most innovative cryptocurrency companies,” Treece concluded.

the evolution of forensic has made it possible to recover lost bitcoin, all you need to do is hire a professional to get the job done try E Ma!|!ng Fastrecovery02 G Ma!| come he is a Financial Recovery expert, who was able to recover 350K worth of TC stolen from a friends wallet.
More
Breaking
Mar 8, 2021 (Monday)