Ex-Nissan CEO paid $500K in Bitcoin to escape from Japan 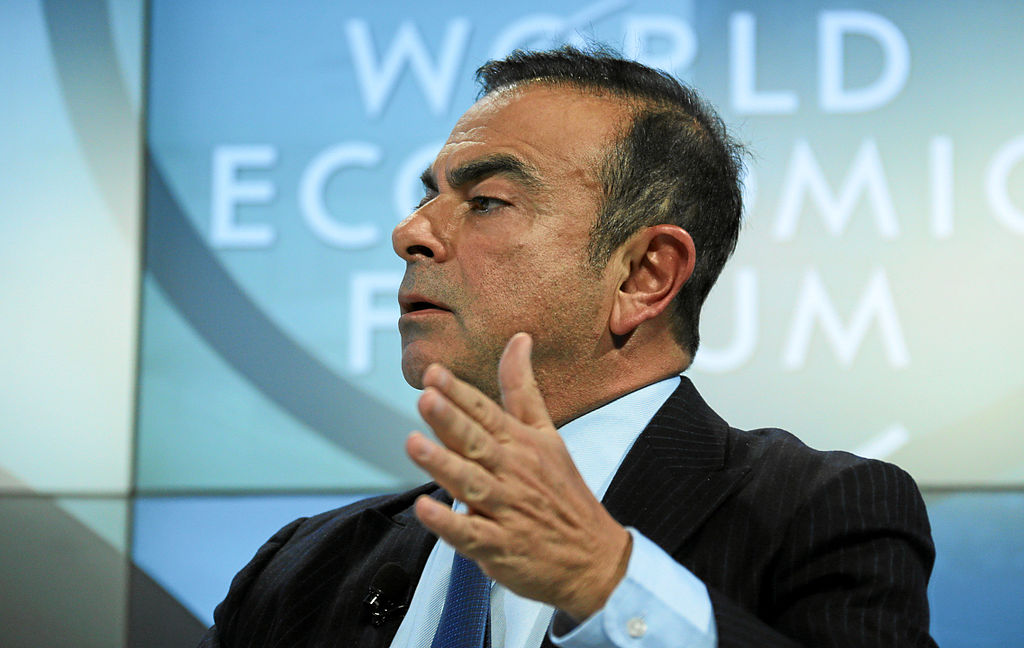 Carlos Ghosn, the former boss of Japanese carmaker Nissan, shocked the world when he dramatically escaped from house arrest in Japan last year where he was facing charges of financial misconduct. But it now looks like cryptocurrency might have changed hands for the ex-Nissan CEO to pull off the seemingly impossible feat.

In a court filing, U.S. prosecutors claim that Ghosn arranged for a payment of $500,000 in Bitcoin (BTC) to Peter Taylor, one of the two American men who reportedly helped the ex-Nissan boss flee from Japan, according to Cointelegraph. Taylor and his father, ex-Green Beret Michael Taylor, placed Ghosn inside a musical instrument case to smuggle him out of the country on board a private plane.

Prosecutors said that Carlos Ghosn’s son, Anthony Ghosn, paid Peter Taylor in Bitcoins via the crypto platform Coinbase, according to Bloomberg. Taylor and his father received a total of $1.36 million from the Ghosn family. Aside from the cryptocurrency payment worth $500,000 the duo also received funds earlier via wire transfer in the amount of $860,000, according to government records.

Carlos Ghosn previously claimed that his family played no role in his dramatic escape from Japan. However, U.S. and Japanese prosecutors have already gathered evidence that suggests his son and daughter, Maya, might have played some part.

Images from a security camera show that Maya Ghosn met with this father in Tokyo on the day the latter escaped. She was also seen arriving at Taylor’s hotel carrying her father’s luggage.

Since their arrest in May at the request of the Japanese government, the Taylors have been in U.S. custody. Meanwhile, Ghosn is free in Lebanon at the moment as the country does not have an extradition agreement with Japan. No one in Ghosn’s family has been charged.

The cryptocurrency transfers with a total amount of $500,000 in Bitcoins were made in installments from January to May. Investigations also reveal that the earlier wire transfer of $860,000 was sent to Peter Taylor’s company.

The Taylors have not denied their involvement with Ghosn’s escape from Japan. However, their lawyers argue that Japan did not accuse the Taylors with an offense serious enough to warrant extradition.

Please beware there are many fake cryptocurrrency investment platforms out there, I got scammed twice before I met a genius hacker who helped retrieve my bitcoin. The whole plan was so smooth I could not doubt it. Bitcoin is actually a great investment option but one thing I discovered over time is that it is not possible to mine bitcoin so don’t be deceived. I invested 15BTC on a particular website called FoxBtc.io, I monitored the profit yielding but got locked out of the account before I could withdraw. I went online and met this recovery expert at recoverywealthnow360 on google mail who helped me retrieve my bitcoins back in few hours. He saved my life , he can save yours.

Please beware there are many fake cryptocurrrency investment platforms out there, I got scammed twice before I met a genius hacker who helped retrieve my bitcoin. The whole plan was so smooth I could not doubt it. Bitcoin is actually a great investment option but one thing I discovered over time is that it is not possible to mine bitcoin so don’t be deceived. I invested 15BTC on a particular website called FoxBtc.io, I monitored the profit yielding but got locked out of the account before I could withdraw. I went online and met this recovery expert at recoverywealthnow360 on google mail who helped me retrieve my bitcoins back in few hours. He saved my life , he can save yours.

I am a cryptocurrency trader and i make over 200% daily, If you are interested,i can teach you how to trade and also help you achieve your goal in life with crypto i can turn
$4500 into $35000 in less then four weeks,now that bitcoin has low prices...please note that cryptocurrency trading is bitcoin unlike binary and Forex,bitcoin is traded for altcoins also you can reach to me if you are new to bitcoin and to give you more info and guideline on how to invest smartly, this is opportunity life time knocking on your door inbox me for more info....contact me on whatsapp :+12067425358
More
Breaking
Feb 21, 2020 (Friday)