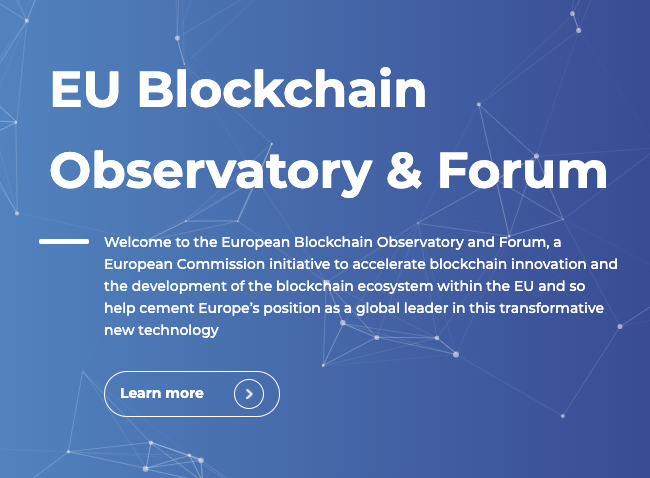 The European Union Blockchain Observatory & Forum (EU Blockchain), an initiative of the European Commission, is exploring blockchain, artificial intelligence (AI), and the internet of things (IoT).

In its report titled “Convergence of Blockchain, AI and IoT,” the organization looks at how blockchain technology can be used in conjunction with two other important emerging technologies – IoT and AI. It aims to see if the two technologies would complement blockchain in terms of building new platforms, products, and services.

Based on its research, IoT offers many benefits for the environment and on how people live. However, there are also numerous challenges when it comes to monitoring and controlling millions of heterogenous devices.

Blockchain can help it with its decentralized alternative where devices package data and share it in a peer-to-peer fashion instead of routing it through a centralized cloud server.

“By providing secure audit trails of information coming from a sensor, blockchains can make it easier to monitor individual machines and spot anomalies. Blockchain can also support the interoperability of IoT devices by providing a trusted common communications layer,” the report read.

AI is also very promising, but it requires large amounts of data to reap its benefits. The cost of gathering, storing, and processing large data sets is expensive. On top of that, you have to hire and maintain AI experts, which makes it even more costly, which is probably the reason only a few large companies use it.

“In the real world, especially in large-scale use cases, blockchain, AI and IoT are likely to work in concert. In a smart city, blockchain could be combined with IoT and AI on an infrastructure level to manage critical systems that cities depend upon, as well as improve quality of life for residents through safer and better designed urban environments,” the report concluded.

Its actually my pleasure to create this awareness of binary option(online) trade which i have invested in for years and was not profitable and encouraging until i got the best strategy for calculating the actual time to invest in other not to lose my money. now i make $15000 every week." make money from that strategy"for further information contact me on>>>>> [email protected] thank you ...........................

Have you have been scammed of bitcoin?

Have you ever trade with fake mining site?

I have a Bitcoin Recovery Specialist, You can reach him on