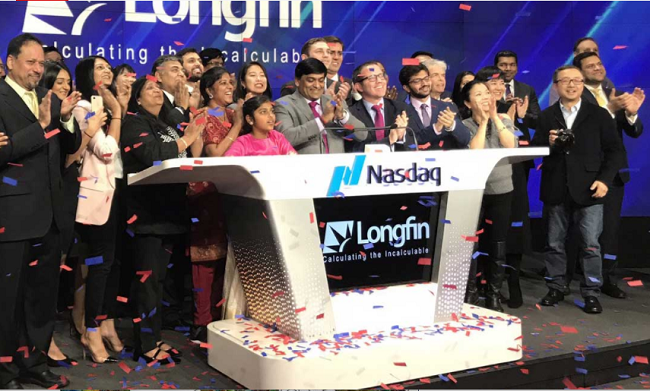 According to a press release posted on Wednesday, the SEC alleged that Longfin has falsified the company’s revenue and fraudulently secured the company’s listing on the Nasdaq exchange. Longfin and Meenavilli falsely declared that the company was managed and operated in the U.S. to secure a Regulation A+ offering. But the truth is, Longfin’s operations, assets, and management are actually located overseas.

The company and its CEO also purportedly distributed 400,000 shares to insiders and affiliates without actually selling them just to meet Nasdaq’s listing criteria. Furthermore, Longfin also inflated its inflow, recording over $66 million “in shame revenue.”

“Today’s filing reflects the work of a dedicated SEC staff who, after moving swiftly on behalf of investors to freeze assets last year, continued investigating to uncover the alleged fraud,” Anita Bandy, Associate Director of the Division of Enforcement, said.

Longfin, whose share price skyrocketed to around 2,000% in 2017 after announcing a blockchain pivot, voluntarily delisted from Nasdaq in May 2018 and closed down six months after. The current case was filed on Wednesday at the federal district court in Manhattan.

Meanwhile, the SEC also obtained a preliminary injunction after it accused the current defendants and two others of issuing over 2 million restricted shares to several people, who in turn sold these shares. The court favored the SEC, freezing the trading proceeds worth $27 million of these illegal transactions.

As previously reported, the SEC has also penalized blockchain author Alex Tapscott and his investment company NextBlock Global for misleading investors pertaining to digital asset investments by offering securities that were not registered by the SEC. It also made false representations that four prominent individuals were serving as NextBlock’s advisors to lure investors.