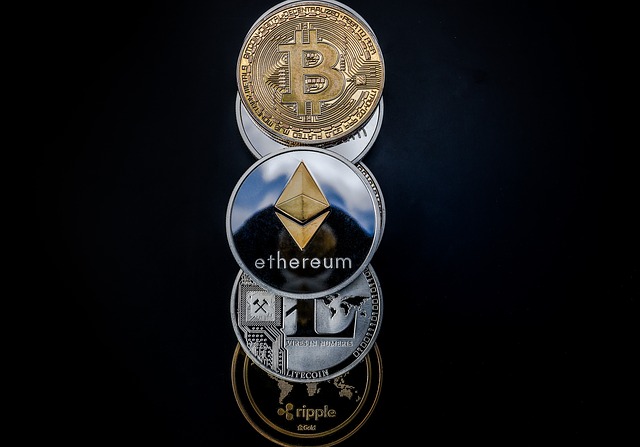 BTC/USD: Bitcoin prices remained slightly higher for the third consecutive day during European session Tuesday, following a series of positive news that injected optimism in the cryptocurrency market. Nasdaq has taken steps toward adding tools to predict price movements of crypto assets to its Analytics Hub, which acted as a catalyst in the rebound of BTC/USD prices. At the time of writing, BTC/USD rose 0.29 percent to $6,333.00. Meanwhile, the near-term support is seen at $6,220.00 and resistance at $6,500.00.

Market Update: In other news, Gemini Trust Company and Paxos Trust Company’s dollar-linked digital currencies have been approved by the state of New York, the first stablecoins to get a nod from the region’s regulator, according to the latest report from Reuters, which further added to upside in the Bitcoin.

ETH/USD: Contrary to Bitcoin’s trend, Ethereum prices failed to surpass the $200 psychological mark, remaining in red during European trading hours Tuesday. Although, a host of optimistic news surrounded the crypto market today, sell-off among Ethereum investors continued, owing to the high level of volatility and fluctuations it faced over the past few days. At the time of writing, ETH/USD slumped 2.08 percent to $193.13; the day’s low was seen at 190.57. Meanwhile, the near-term support is seen at $185.00 and resistance at $208.00.

Market Update: Amongst other news, a report from CoinDesk said that the International Monetary Fund (IMF) has directed against the Republic of the Marshall Islands' (a remote chain of islands in the central Pacific) proposition to introduce a digital currency as a second legal tender alongside the U.S. dollar.

XRP/USD: Ripple also suffered as bearish sentiments prevailed in the market, with the third largest digital currency by market capitalization giving up over 3 percent on a daily basis. The crypto coin has turned deaf ears to the positive developments going on in the virtual currency market, interlocked by Fear, Uncertainty, Doubt (FUD). At the time of writing, XRP/USD lost 1.45 percent to $0.26585. Meanwhile, the near-term support is seen at $0.2465 and resistance at $0.2824.

BCH/USD: Bitcoin Cash, followed the footprints of crypto king Bitcoin, remaining on the upside, in a reaction to the newest positive developments in the market. At the time of writing, BCH/USD surged 0.66 percent to $469.70. Meanwhile, the near-term support is seen at $457.00 and resistance at $485.00.

EOS/USD: The EOS suffered, tracking pessimism from the U.S. SEC’s decision to pause trading of two cryptocurrency-related products a day before, although few other peers managed to survive and make a comeback. At the time of writing, EOS/USD lost 1.32 percent to $4.9545. Meanwhile, the near-term support is seen at $4.65 and resistance at $5.12.

LTC/USD: Litecoin remained no different than other altcoins, tracking bears in the cryptocurrency market amid a slew of mixed information among market participants. At the time of writing, LTC/USD suffered 0.88 percent to $53.912. Meanwhile, the near-term support is seen at $49.00 and resistance at $68.00.