Coinbase failed to reach an agreement with Apple over the latter's censorship on some features of the crypto exchange's app. 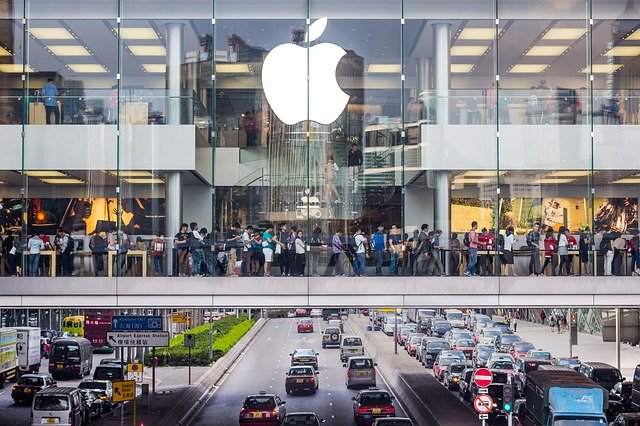 Image by Robert Pastryk from Pixabay

It appears that Coinbase is getting frustrated over Apple’s restrictions on some of the functionality of the exchange’s app. In particular, Coinbase is complaining that the App Store has censored the app’s ability to earn money cryptocurrency and its access to decentralized finance (DeFi) apps.

On Friday, Coinbase CEO Brian Armstrong posted on social media the struggles his company had to go through because of Apple’s censorship. “In the wake of other companies struggling with Apple’s App Store restrictions, I want to share a bit about Coinbase’s own struggle here,” Armstrong wrote on Twitter, according to Bitcoin.com.

The crypto exchange’s CEO revealed that Apple is blocking two functions of Coinbase’s app. “Here is the issue,” Armstrong explained on Twitter. “Apple has told us we cannot add the following functionality in our iOS apps: (1) the ability to earn money using cryptocurrency and (2) the ability to access decentralized finance apps (sometimes called Defi apps or Dapps).”

Armstrong hinted that many firms are affected by Apple’s restrictions but chose to remain silent. “Many companies are reluctant to speak out on these topics for fear of retaliation, but I feel like we need to continue the dialog in the open,” he added.

Unfortunately, Coinbase failed to reach an agreement with Apple over the issues. “We've tried discussing this through regular channels with Apple, and I reached out directly to leadership to request a dialog, but we seem to be at a dead end,” the Coinbase CEO said.

Armstrong criticized Apple for holding back the potential of cryptocurrencies to reach out to those currently underserved by mainstream finance. “There are many unbanked and underbanked people in the world who have no ability to get a loan to buy a home, or start a business, so this kind of technology has enormous potential to improve the world over time, even if it is still early days,” the CEO said.

However, there are those who believe that it is Apple’s discretion on what it wants to do with its App Store. “Apple is a company and the Appstore is their own product/property, not a public utility,” digital asset strategist and director at Vaneck and MVIS Gabor Gurbacs said. “It often feels like some product and services should be more open or easier to use but ultimately it’s the company’s/owner’s decision … similar to how Coinbase decides which tokens to list.”

However, Armstrong believes that the move is just Apple trying to protect its business from the competition. “Apple also has a conflict of interest in applying these app store restrictions,” he added. “While they are ostensibly designed to protect customers, it increasingly looks like they are also protecting Apple from competition.”

I am a cryptocurrency trader and i make over 200% daily, If you are interested,i can teach you how to trade and also help you achieve your goal in life with crypto i can turn
$4500 into $35000 in less then four weeks,now that bitcoin has low prices...please note that cryptocurrency trading is bitcoin unlike binary and Forex,bitcoin is traded for altcoins also you can reach to me if you are new to bitcoin and to give you more info and guideline on how to invest smartly, this is opportunity life time knocking on your door ???? inbox me for more info....contact me on WhatsApp +1(206)-742-5358 thank you to you all and God bless you .
More
Breaking
May 6, 2021 (Thursday)