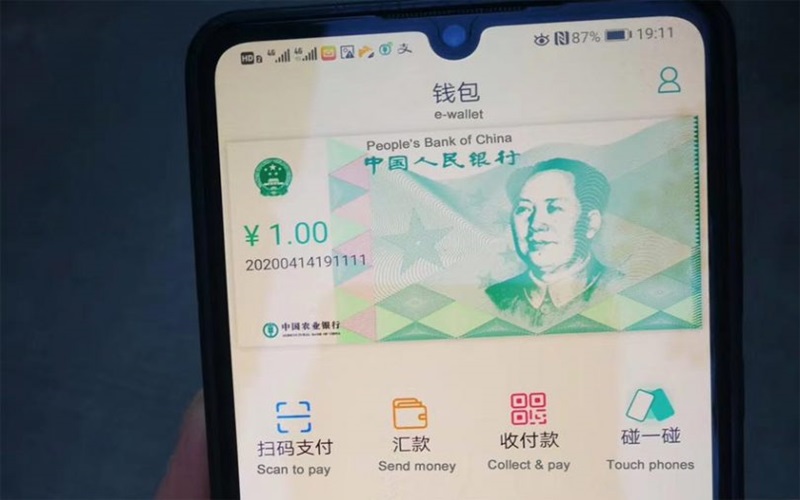 China has been working on its central bank digital currency (CBDC) and a screenshot of its online wallet is making the rounds online.

Ledger Insights shared a snap of how China’s CBDC wallet looks like. The wallet referred to as Agricultural Bank of China (ABC) is also called DCEP (digital currency/electronic payment).

According to the publication, there was a link to the abchina.com website, but it has since been deleted. It also included WeBank, the sister company of WeChat Pay, which is thought to be participating on its test.

Based on the screenshot, it offers four payment options – scanning a barcode, sending money, collecting payment, and touching phones for peer-to-peer (P2P) payments. In terms of wallet management, users can manage funds, link wallet to other accounts, and review all transactions.

Four months ago, there were reports claiming that CBDC pilots would be starting. Four state banks and three telecom companies including Huawei were said to be part of the trial.

In March, it was reported that China was a step closer to releasing its own CBDC because it completed all the basic functions. The People’s Bank of China (PBC) worked with private companies to accomplish it.

Third-party mobile and online payment platform Alipay was believed to be one of the companies that worked with China for the digital currency. At the time, it reportedly publicized five patents related to the country’s CBDC.

“Judging from the patents, the first step of technological development has been basically completed,” an industry insider said.

The insider added that the next phase will be taking longer because it involves more people. The central bank will be working with other banks and insurance regulators, so there is still no date as to when DCEP will officially launch.

I am a cryptocurrency trader and i make over 200% daily, If you are interested,i can teach you how to trade and also help you achieve your goal in life with crypto i can turn
$4500 into $35000 in less then four weeks,now that bitcoin has low prices...please note that cryptocurrency trading is bitcoin unlike binary and Forex,bitcoin is traded for altcoins also you can reach to me if you are new to bitcoin and to give you more info and guideline on how to invest smartly, this is opportunity life time knocking on your door inbox me for more info....contact me on whatsapp :+12067425358 happy new year to you all .,..............................
More
Breaking
Feb 21, 2020 (Friday)